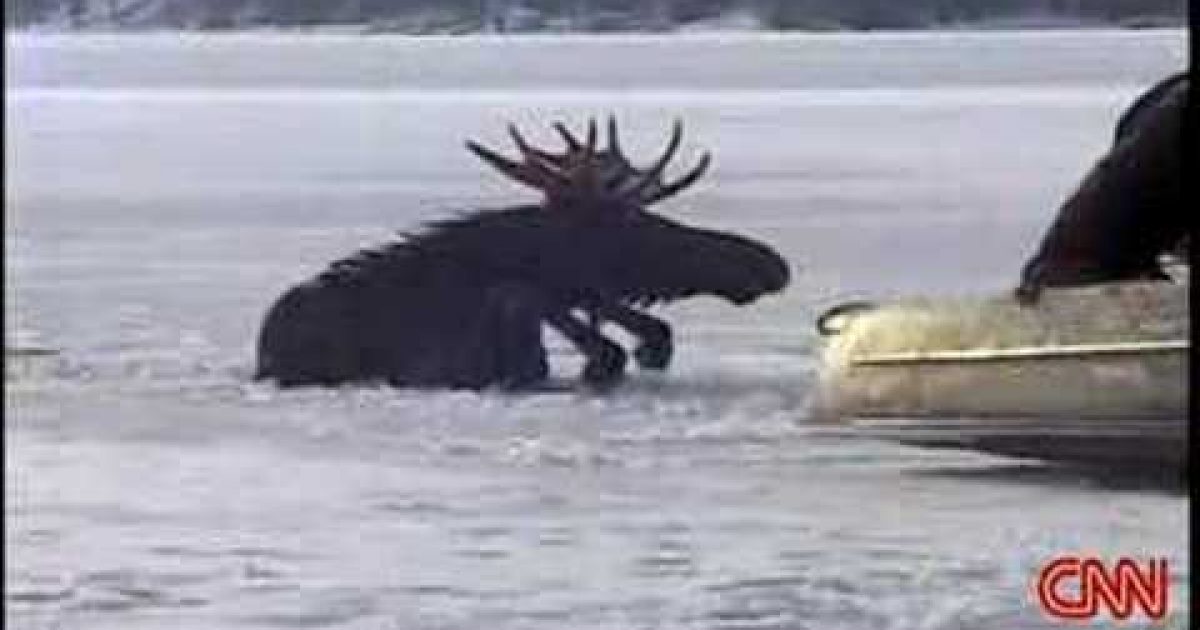 As human beings, we tend to use compassion as a motivating factor when it comes to animals in the wild. Our hearts tend to go out to an animal in distress and such is the case in the video below. Nature is often cruel and it is also non discriminatory, meaning that, even though we as humans “feel” that we would want to rescue an animal in distress, sometimes we should just let things lie as they are.

Moose are the largest members of the deer family, weighing as much as 1200 pounds; they can grow to be 5 to 6.5 feet from hooves to shoulders. This does not include a raised head or antlers, so it’s safe to say that the majority of moose tower over all non-basketball players.

Moose are formidable opponents with sharp hooves that can kick with tremendous force, but even they have predators. A pack of wolves or a black bear is no match for a healthy adult moose, so bears and wolves typically pick off the young, sick, and old. And even though moose are powerful and quite large, a single bite can do one in: There’s a good chance the bite will cause an infection that eventually kills the animal up to two weeks later.

Moose are naturally gifted swimmers. It’s common to see one hop right into a lake and swim across at up to 6 mph. The animals have an innate ability to know how to swim, so even calves can swim.

But the moose in the video below, fell through the ice in Loon Lake just outside of Spokane, Washington. If left to his fate, the moose would surely have died, so compassionate human beings came to his rescue. There is no telling just how the animal would react to human intervention, but the folks took a chance and decided to help the creature out.

In this one instance, the moose seemed to realize that the humans were no threat and stayed docile while his rescuers did their best to help him out. This is one instance where human compassion prevailed and the moose was freed and lived another day.