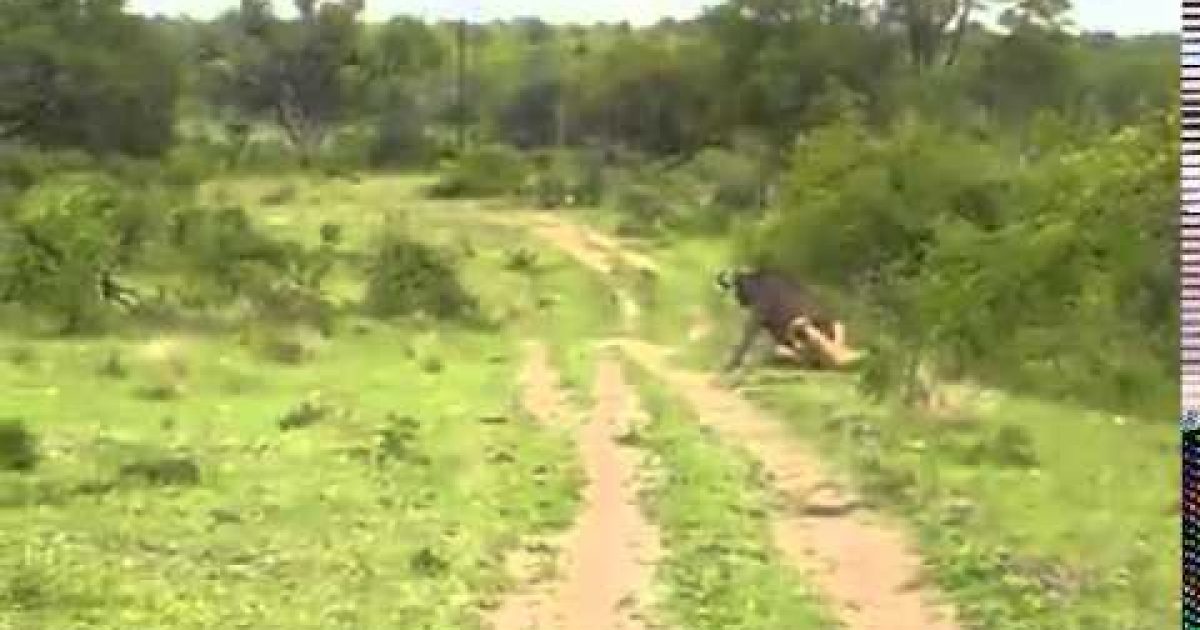 Interestingly, lions normally hunt with a pride, so the question for me is; why was a lone lioness trying to take-down a cape buffalo all by herself ?  After looking at the video, we see two female lions, but the second one isn’t having anything to do with this. It’s one thing when you have 5, or 6 lions trying to bring down a buffalo (with a large male as back-up), so the question remains, what was this lone lion thinking trying to bring down an animal this size all alone ? Maybe she was starving, or possibly she wasn’t part of a pride at all. The second lion in the video looks quite young, so possibly the lioness and her offspring were on their own (which is unusual).

Here’s a little background of the African/Cape Buffalo:

The African buffalo or Cape buffalo is a large African bovine.[ It is not closely related to the slightly larger wild water buffalo of Asia and its ancestry remains unclear. The Cape buffalo, is the typical subspecies, and the largest one, found in South and East Africa. The adult buffalo’s horns are its characteristic feature; they have fused bases, forming a continuous bone shield across the top of the head referred to as a “boss”. They are widely regarded as very dangerous animals, as they gore and kill over 200 people every year.

The reason early trophy hunters included the African buffalo, as one of the big five is that they were considered to be one of the most dangerous species to hunt. When hunted by humans, buffalo have a reputation for circling back on their pursuers and counter attacking. This sadly, is a lesson learned only once in the case of this particular lion in the video.