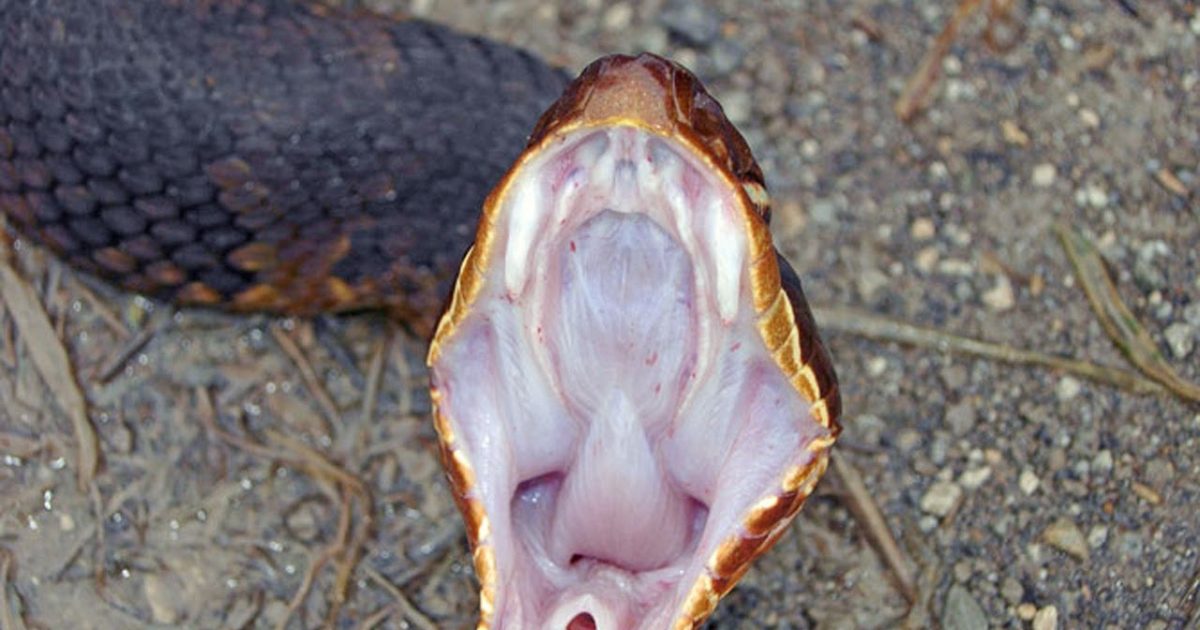 Now I realize that that these guys in the video were probably out making a deer hunting video and more than likely, came across the snake by pure chance. There are two things (in my opinion) that they could have done and picking the snake up, wasn’t one of them.

When you come across a dangerous venomous snake, unless you are hunting for them, it’s always best to just leave the animal alone. If you don’t bother it, it won’t bother you. Still, even though it made for a good video, the young man took a big chance.

The water moccasin/cottonmouth, North America’s only venomous water snake, has a distinctive blocky, triangular head; a thick body; and a dangerous bite. Water moccasins rarely bite humans, however, and only attack when threatened.

They are semi-aquatic, so they’re happy both swimming in water and basking on land in their native range in the southeastern United States.