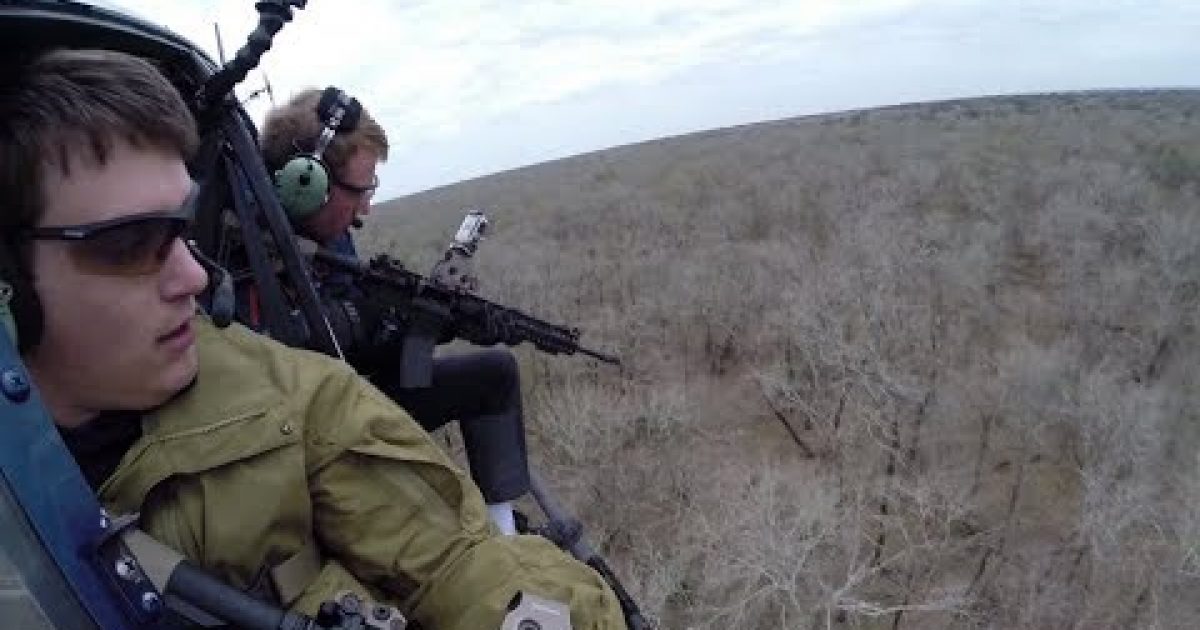 The title to the video below actually reads: “Helicopter Hog Hunting with Machine Guns”. If you know anything about military grade weapons, the rifles used in the actual hunt were really honest-to-God “assault rifles”, that had a fire selector switch so they could fire full-auto. So they were NOT “machine guns”.

The guy that posted the video below had this to say in a subsequent article at thetruthaboutguns.com he wrote about his little helicopter hunting trip:

As soon as I posted the video of my weekend excursion with HeliBacon, the comments flowed in fast and furious. “Disgusting” one said. “Your a f***ing pussy. Hunt like a real man,” commented another. Another individual stated that my actions have angered an alien race which he worships and that they will similarly hunt me from spaceships with lasers for my crimes.

The main premise of modern hunting is conservation. When we as a species moved from a hunter-gatherer based subsistence to an agricultural arrangement, we voluntarily took ourselves out of the food chain for the most part. Instead of searching for animals to eat every day, we raised our food apart from the normal cycle of life in the wilderness.

Animal populations that had previously been prime sources of food for us humans were ignored, left to their own devices with almost no natural predators to keep their numbers in check. The same mechanisms that allowed them to survive the insatiable appetite of humans — namely their quick and plentiful reproductive cycle — meant that the local populations were suddenly above the carrying capacity of the land.

So, if any of you have a problem with that, it’s best that you shouldn’t even watch the video…it might upset your ‘sensitive nature’.