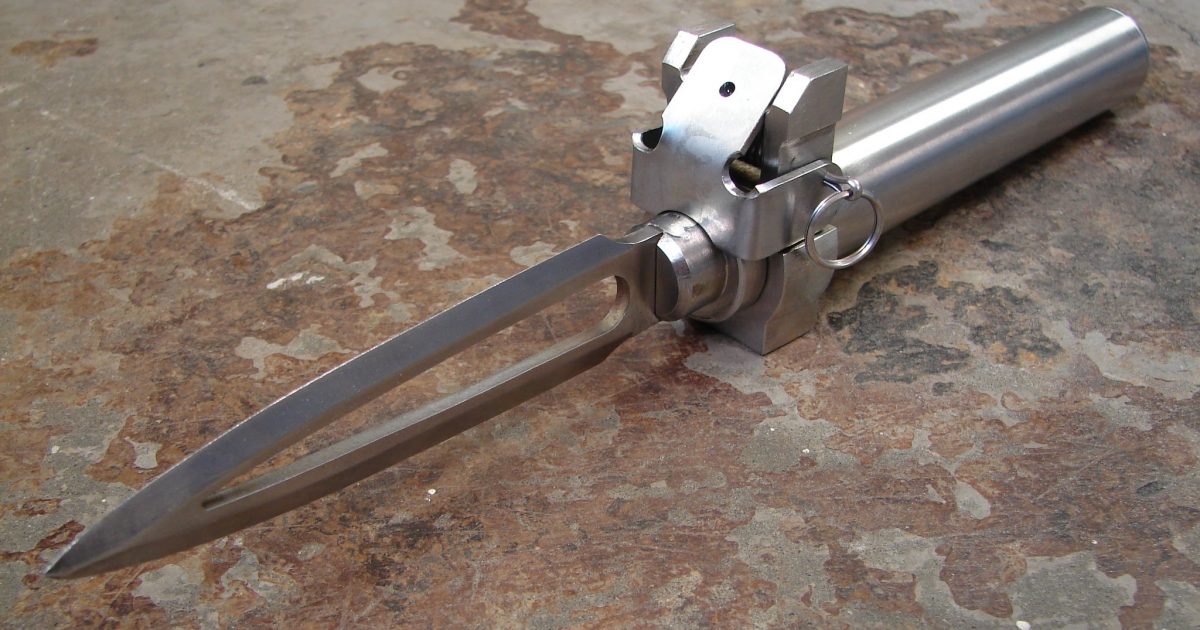 My son sent me a video this morning on Facebook of  what some call a ‘KGB Ballistic Knife’. So I did some digging and came-up with more info on this little gem.

A ballistic knife is a knife with a detachable blade that can be ejected to a distance of several yards by pressing a trigger or operating a lever or switch on the handle.

Since then, the marketing and sale of ballistic knives to civilians has been restricted or prohibited by law in several countries.

In its spring-propelled form, the blade of a ballistic knife is theoretically capable of being fired to an effective range of about 16 feet, at a speed of 39 mph.Ballistic knives using compressed air or gas propulsion to fire the blade can be made somewhat more powerful, and do not suffer from spring fatigue over time.
In addition to spring, air, or gas propulsion, the blade of a ballistic knife may also be propelled by an explosive charge, such as a blank pistol cartridge.
Facebook Twitter