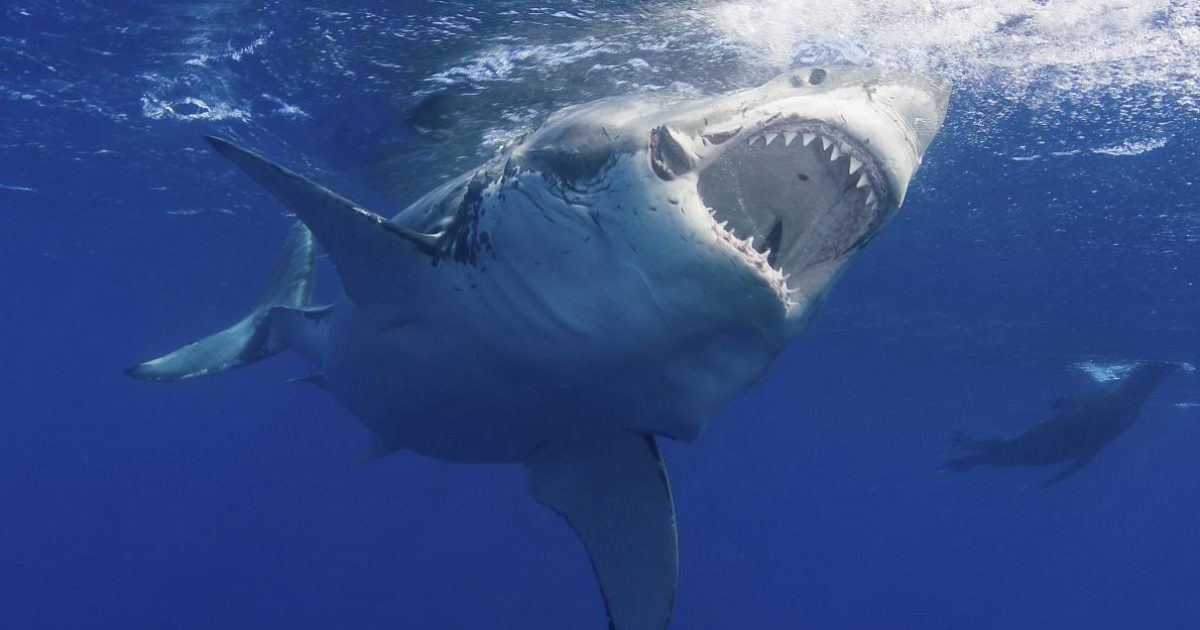 A couple of “shark experts” in a tiny boat decided to tag a great white shark and got way more than they bargained for when the animal attacked their craft.  Maybe the two guys in the boat should simply tell the sharks that they are only trying to do a little research that designed to “help” them (think that will work?).

Sometimes the sheer arrogance of human beings astounds me, these animal have been around for millions of years and I’m sure if they could talk, they’d just say: “Just leave us the hell alone you idiots!!”.

Great whites are the largest predatory fish on Earth. They grow to an average of 15 feet in length, though specimens exceeding 20 feet and weighing up to 5,000 pounds have been recorded.

They have slate-gray upper bodies to blend in with the rocky coastal sea floor, but get their name from their universally white underbellies. They are streamlined, torpedo-shaped swimmers with powerful tails that can propel them through the water at speeds of up to 15 miles per hour. They can even leave the water completely, breaching like whales when attacking prey from underneath.

Great White’s are found in cool, coastal waters throughout the world, there is no reliable data on the great white’s population. However, scientists agree that their number are decreasing precipitously due to overfishing and accidental catching in gill nets, among other factors, and they are considered a vulnerable species.  Another reason for humans to just leave these animals the hell alone!!