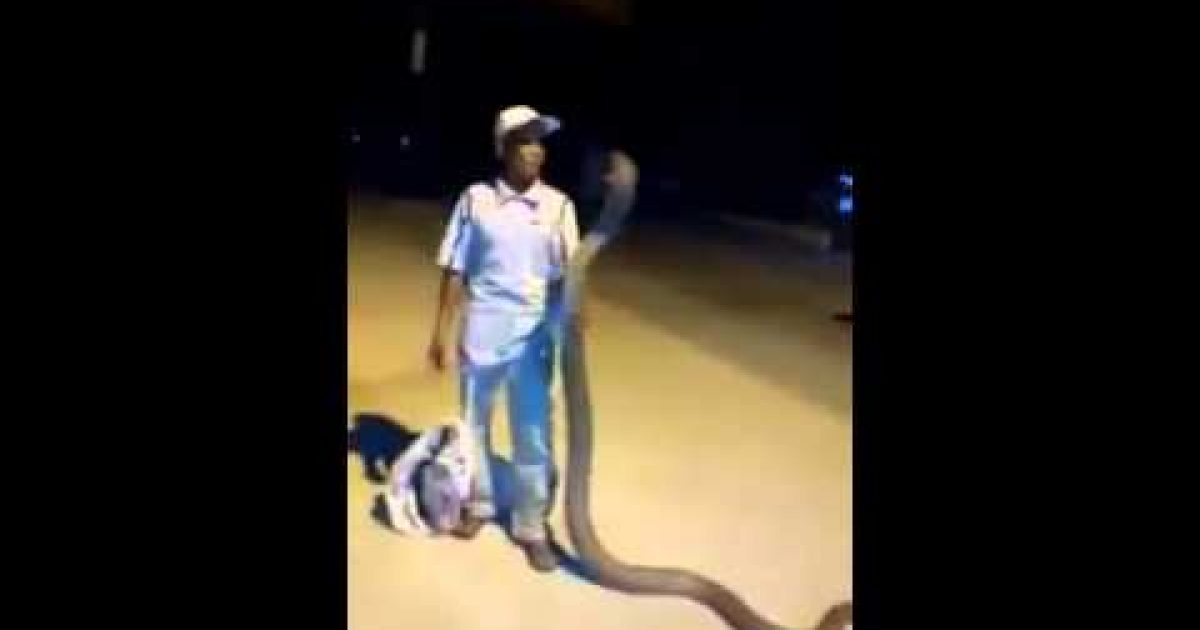 I don’t care who you are, or where you’re from…the king Cobra in the video below (at 20 feet in length) is ONE BIG SNAKE. The king cobra head is level with this man’s head. Huge king cobra’s a live in Malaysia, and think about this…this is only one snake this size caught on video. Who knows, there might be even bigger one’s out there in the bush as yet un-discovered.

The largest living snakes in the world, measured either by length or by weight, are various members of the boidae and pythonidae families. They include anacondas, pythons and boa constrictors, which are all non-venomous constrictors. The longest venomous snake, with a length up to 18.5–18.8 ft, is the king cobra and the heaviest venomous snake is likely to be the Gaboon viper (which also has the longest fangs and delivers the largest amount of venom) or possibly the Eastern diamondback rattlesnake – all three of which reach maximum weights in the range of 6–20 kilograms.

And according to National Geographic:

It seems unfairly menacing that a snake that can literally “stand up” and look a full-grown person in the eye would also be among the most venomous on the planet, but that describes the famous king cobra. King cobras can reach 18 feet in length, making them the longest of all venomous snakes. When confronted, they can raise up to one-third of their bodies straight off the ground and still move forward to attack. They will also flare out their iconic hoods and emit a bone-chilling hiss that sounds almost like a growling dog.