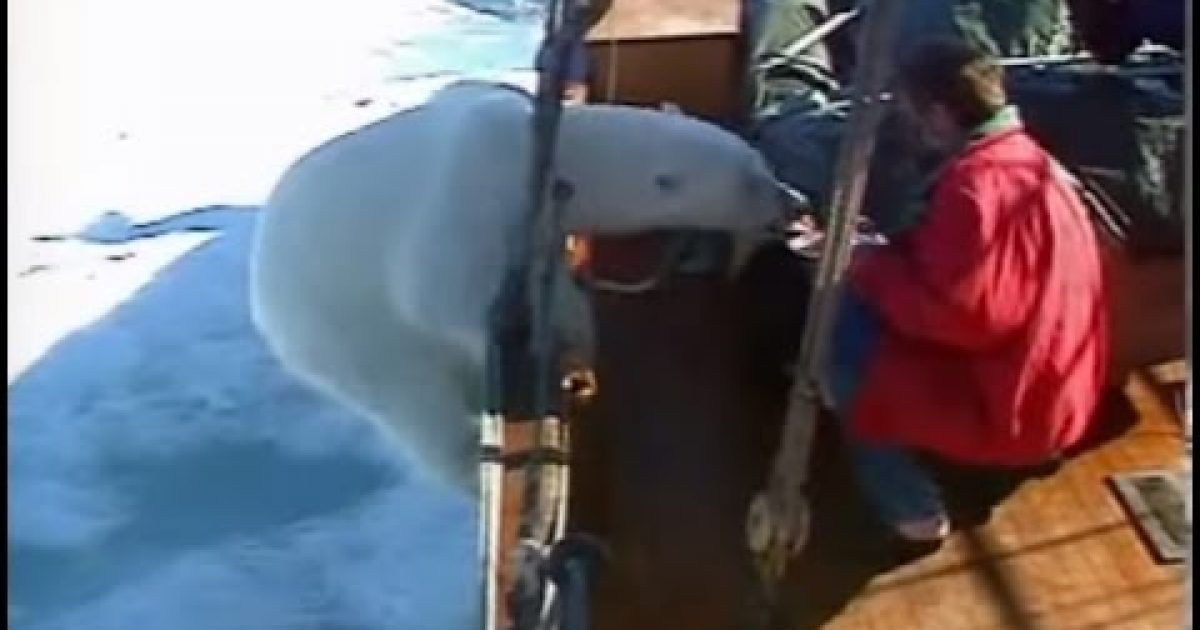 There are so many things wrong with what the man in video is doing, I scarcely know where to begin. First-off…you NEVER, NEVER hand feed a polar bear, especially in the wild. This guy is just freakin’ lucky that the bear didn’t grab him and drag him overboard.

If you want to read the full article about Ragnar Thorseth that was published along with the video, click HERE.

Polar bears are thought to be the only animal to actively hunt humans. According to Ed Zebedee, the director of the Government of Nunavut’s protection services, “Polar bears are the only animal that will definitely stalk a human and eat them. Nobody goes out on the land here without a gun.”
You know when you’re watching an Animal Planet special on lions, and the Australian guy who’s standing too close to the pack loudly says, “They’re actually more afraid of us than we are of them!”? Not so with the polar bear. They have a reputation for having “no fear of humans,” probably due to their natural habitat usually being far removed from human civilization.
Facebook Twitter