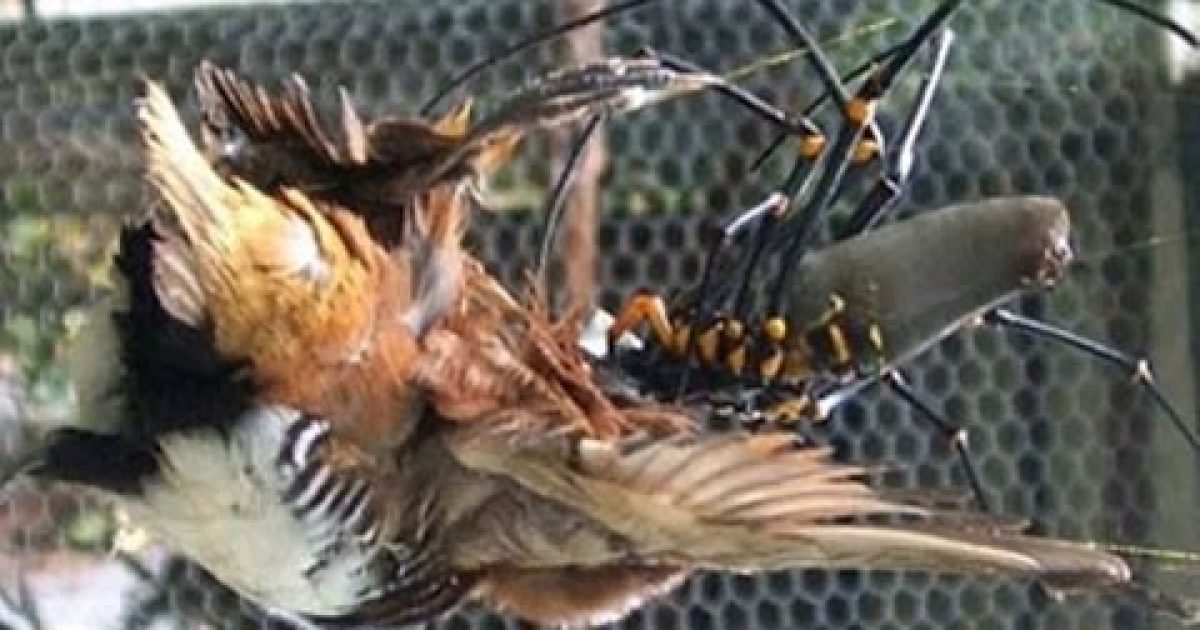 Boy-oh-boy do I hate (with a capital “H”) spiders !! If I ever came into contact with a spider this size, I wouldn’t hesitate to break-out my Remington 870 12 gauge shotgun and blow this thing to bits!!

This spider doesn’t even need straw as a raw material. Among it’s many other amazing uses, it’s silk can even repair human nerve cells. They are more commonly known as banana spiders, not to be confused with the Brazilian wandering spider which is the world’s deadliest spider, these banana spiders live in the warmer areas of the Americas from North Carolina to Argentina.

Their genus name nephila in Ancient Greek means “fond of spinning” but their origin is way older then Ancient Greek times. Nephila spiders are the oldest surviving spider genus in the world, dating back 165 million years to the middle  Jurassic period, so maybe they’ll throw them in the next Jurassic Park movie sequel.

Now they may not be Jurassic sized like the giant huntsman spider, the largest spider in the world, but a 2 and ¾ inch banana spider was seen catching, killing, and eating an entire finch, and another one in Queensland Australia was seen killing and eating a foot and a half long brown tree snake.

Golden orb-weavers have a venom with a neurotoxic effect similar to black widow spider but MUCH less powerful. If one bit YOU, the redness and swelling would be gone in about a day. People have described the bite as being much less severe than even a bee sting.