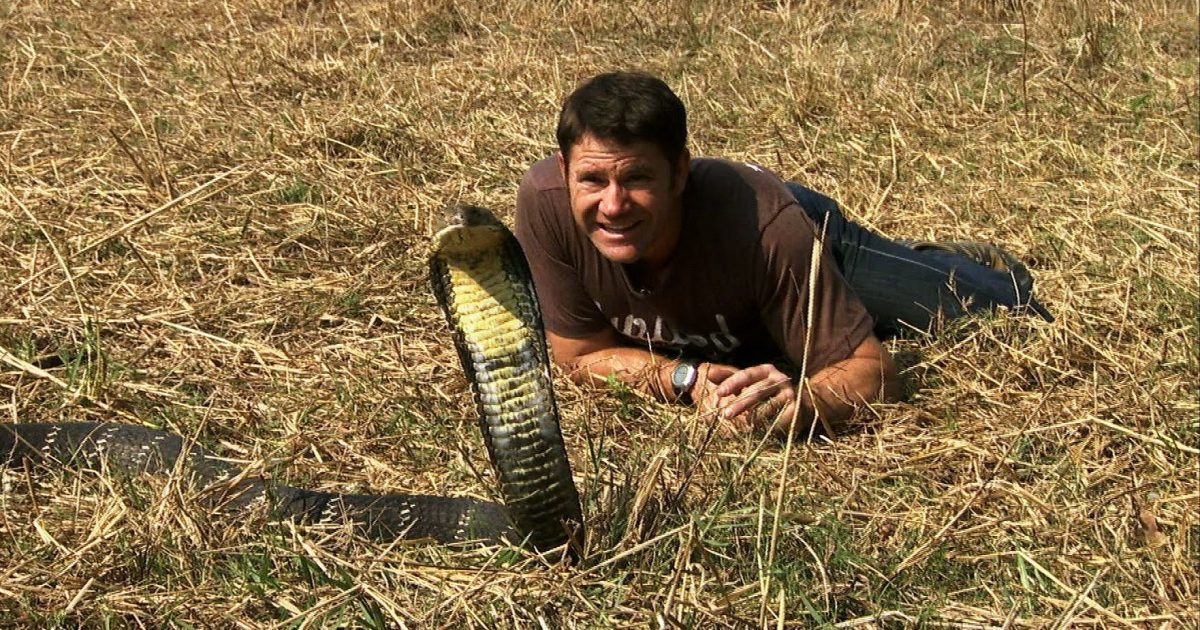 If there’s one snake you don’t want to get pissed-off at you, it’s the King Cobra, a bite from this animal can kill an elephant. It seems unfairly menacing that a snake that can literally “stand up” and look a full-grown person in the eye would also be among the most venomous on the planet, but that describes the famous king cobra.

King cobras can reach 18 feet in length, making them the longest of all venomous snakes. When confronted, they can raise up to one-third of their bodies straight off the ground and still move forward to attack. They will also flare out their iconic hoods and emit a bone-chilling hiss that sounds almost like a growling dog.

Their venom is not the most potent among venomous snakes, but the amount of neurotoxin they can deliver in a single bite—up to two-tenths of a fluid ounce—is enough to kill 20 people, or even an elephant. Fortunately, king cobras are shy and will avoid humans whenever possible, but they are fiercely aggressive when cornered.

The king cobra’s generic name, Ophiophagus is a Greek-derived word that means “snake-eater”. Its diet consists primarily of other snakes, including rat snakes, small pythons, and even other venomous snakes such as various members of the true cobras and the krait.