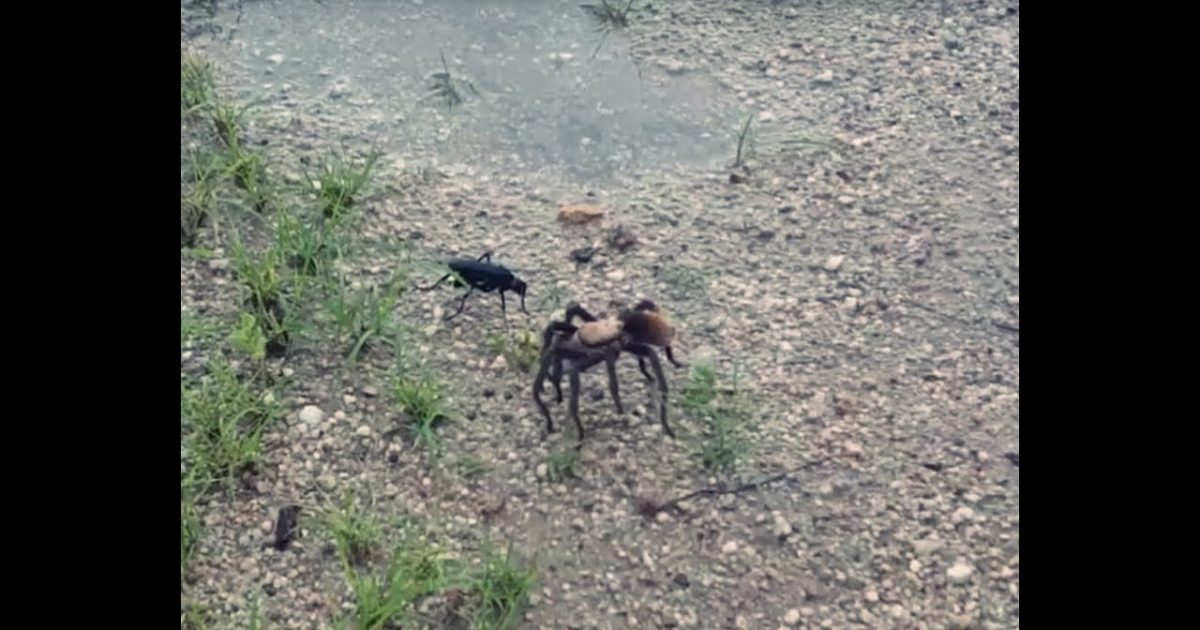 While watching this video, I must say, I really don’t care who wins the fight. I can’t stand wasps and I REALLY don’t like spiders. Watch a Tarantula Hawk repeatedly stings and paralyzes a Tarantula. A tarantula hawk is a spider wasp that hunts tarantulas. Tarantula hawks belong to any of the many species in the genera Pepsis and Hemipepsis.

They are parasitoid wasps, using their sting to paralyze their prey before dragging it to a brood nest and afterwards the entrance is covered. The tarantula  serves as living food for a single egg that is laid on the prey, hatching to a larva which eats the still-living prey.

After several weeks, the larva pupates. Finally, the wasp becomes an adult and emerges from the spider’s abdomen to continue the life cycle. The life and death struggle below was being played-out in the Sonoran Desert.