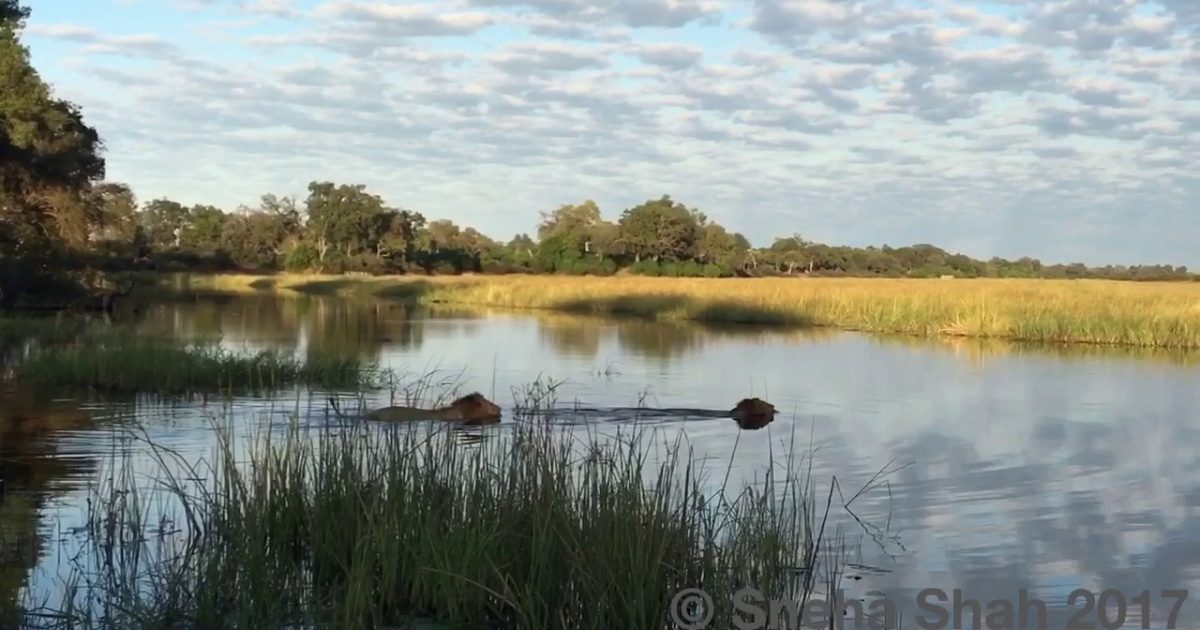 When going to the river, or any other water hole in Africa, lions have to as cautious as any other animal because of crocodiles. Crocs aren’t picky eaters and when hungry, they will nab what they can when other animals come down to get a drink.

The folks who posted this video to YouTube had this to say about it:

We were at Wilderness Safaris’ King’s Pool camp in Botswana, with our amazing guide ND tracking two young male lions we had seen in the area the day before. We found them by the Linyanti river between Botswana and Namibia, and watched them drinking water. Then the younger one stepped into the water and they both cautiously looked around, before turning back. We thought they would come back out of the water but then we saw the younger one going back in. Our guide saw a crocodile on the right and we saw the older one look at the croc.

Again we thought they would turn back but the younger one kept going in deeper. The older one hesitated and then followed him in. As they swim across the crocodile speeds up and while we all watched with our hearts in our mouths, the younger lion was attacked by the crocodile. The older one then attacks the crocodile and effectively saves his younger brother before going under the water. The younger one started swimming back and we thought the older one was gone, but then we saw him pull himself into the reeds – incredibly they both survived with no injuries!