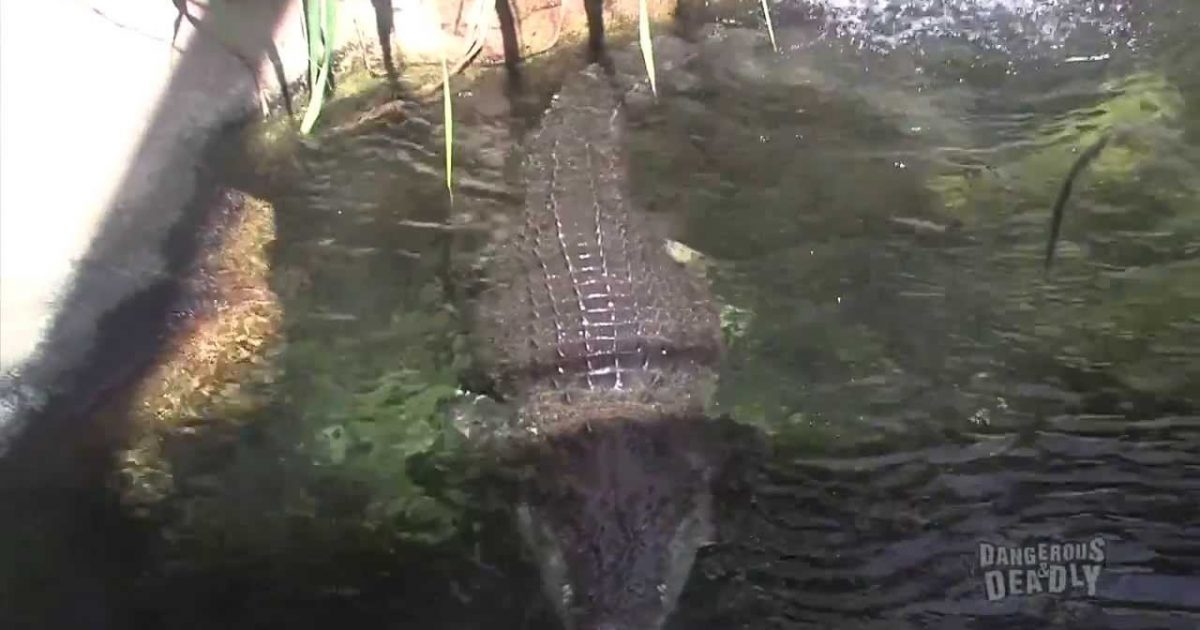 If you are lucky enough to be one of the kids and adults visiting WILD LIFE Sydney Zoo during the school holiday, you will have the chance to come face-to-face with the largest saltwater crocodile in New South Wales – and one of the largest in the world! Also, during the Zoo’s Dangerous and Deadly event from 21 September to 6 October 2013, brave visitors can take the opportunity to watch this HUGE croc eat.

Saltwater crocodiles are the largest reptile on Earth and have the strongest bite force of any creature in the animal kingdom! These two deadly traits also make the salt water crocodile an extreme apex predator – meaning they are at the top of the food chain!

Crocs are the greatest hide and seek players on Earth because they hunt by stealth! It may look like a river is free of crocs but they have many amazing adaptations to help them sneak up on their prey.

They do this by camouflaging perfectly with their habitat and holding their breath. In fact, crocodiles can hold their breath for over two hours! Also, crocs’ eyes, ears and nose are all on the top of their heads so they can keep almost their entire body below the water and out of sight!

They have irregular scales all down their back so when they move through the water they barely make a ripple. They could eat everything from a mud crab up to a Water buffalo for dinner.

Male crocodiles are very territorial and will battle with other males for their part of the river. Male-on-male combat will usually consist with male crocs sizing each other up by swimming alongside one another and gaping to show of how big they are.

If one is bigger than the other, the bigger crocodile will usually automatically win with the smaller swimming off. However, if they are the same size, the crocs will have to battle! These battles can lead to the loss of digits, limbs, jaws and even lives!