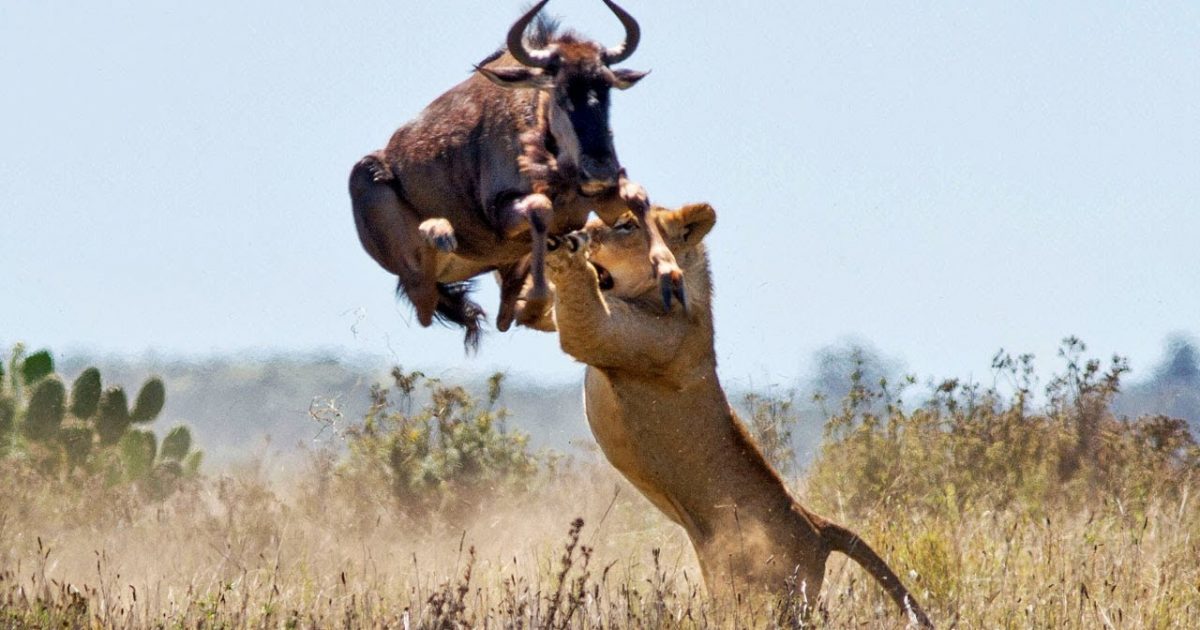 Like em’, love em’, or hate them, you have to admit, that the big cats of the world are awesome predators. The video below is one of the most awesome compilations that I’ve seen in a while. They show everything, from lions, tigers, leopards, jaguars and cheetahs and it really is amazing.

The informal term “big cat” is typically used to refer to any of the four largest (living) members of the entire Panthera genus. Among the five total species within the Panthera genus, these four are the only cats that are able to roar. In descending order of their maximum potential size, these four species are: tigers, lions, jaguars, and leopards, with the tiger (Panthera tigris) being the largest.
Despite enormous differences in size, various species of cat are quite similar in both structure and behavior, with the exception of the cheetah, which significantly stands out from the other big and small cats. All cats are carnivores and efficient apex predators.Their range includes the Americas, Africa, Asia, and Europe.
The principal threats to big cats vary by geographic location, but primarily are habitat destruction and poaching. In Africa many big cats are hunted by pastoralists or government ‘problem animal control’ officers. No matter how one thinks of them, these predators are truly awesome in their biological make-up.
Facebook Twitter