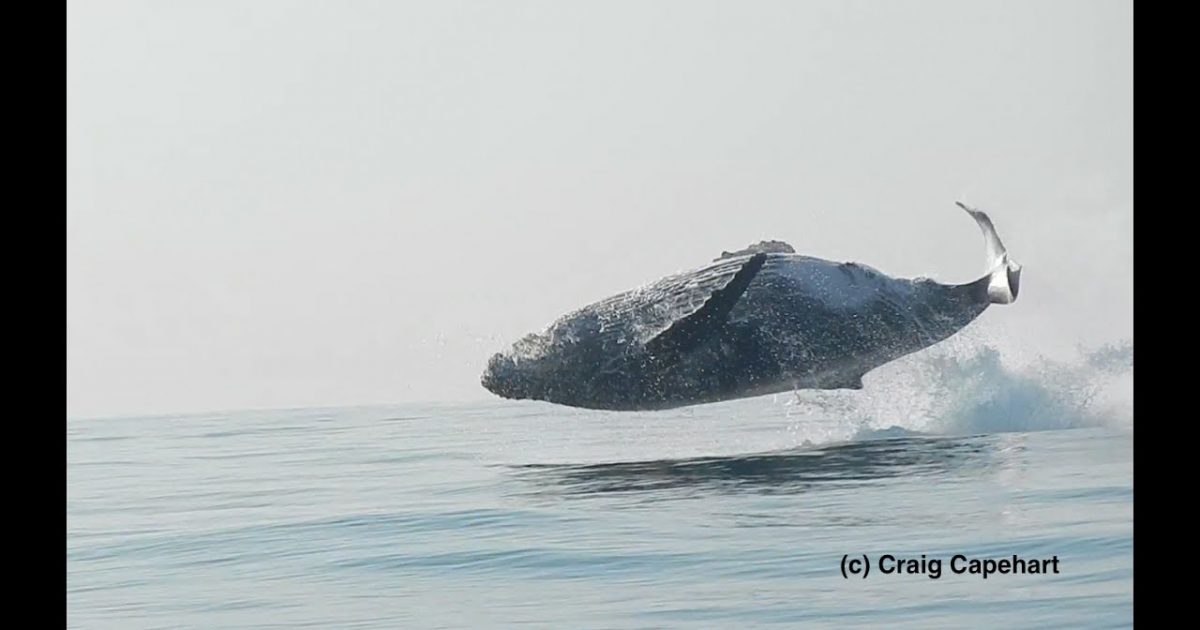 This is a sight that most human beings never ever get a chance to witness, let alone get captured on video. A full-grown humpback whale breaching and going airborne completely out of the water, is literally a once in a lifetime sight. This amazing adventure was filmed off the South African coast.

The young man who caught this on video described what he saw and I think I should share that with all of you. I’ll post his description beneath the video.The video below, was posted to YouTube in July of 2017 and has long since gone viral with over 7 million views.

As described by Craig Capehart:

Did I mention it was cold – on land, at sea, and in the water?! We are four SCUBA divers in a small “rubber duck” inflatable boat with two powerful 110 hp four stroke outboard motors. Clive is captain, Carlos is divemaster, and Levi is deckhand. We are hunting for sardines. It is the annual world famous “South African Sardine Run”, a mass migration of pilchard fish up the east coast of Africa.

Actually, we are not interested in the sardines but rather the predators they attract. Hungry bottlenose and common dolphins herd the long line of small sardines into compact groups called “bait balls”. Once a ball is formed, a feeding frenzy ensues. Dolphins, sharks, and birds feast on the dense pack of small fish. An ultralight airplane is overhead, looking for the action. Sightings are radioed to us and off we go at breakneck speed, hoping to record some real action.

Sadly, our six or seven hours daily on the water entail mostly waiting, waiting, and waiting a little longer until we find the elusive sardine bait ball. Entertaining us while we wait are migrating humpback whales. Some are a mothers with calves. Some are males traveling in small groups. This day, there were few sardine sightings but the whales seemed to be everywhere!

An unexpected bonus! This video shows a humpback whale mother cow swimming with a calf. It shows an adult 40 ton whale on its back, slapping both its left and right fins on the water, then leaping entirely out of the water!