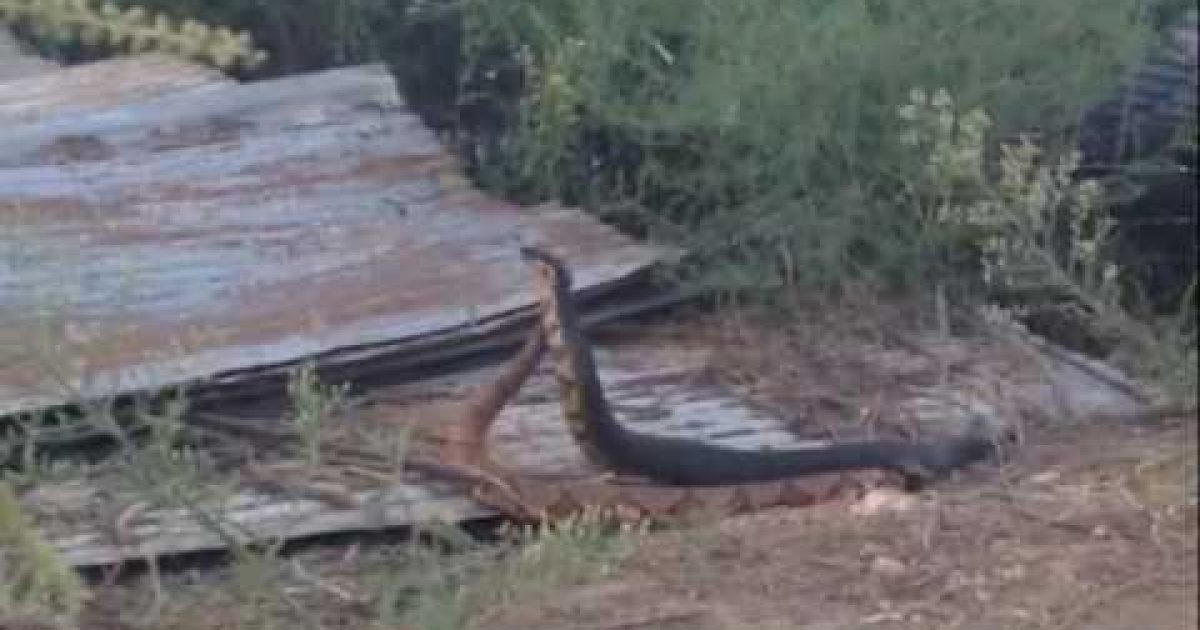 The most likely explanation for what we are seeing in the video below, is male-male combat over a female. It is a stereotypical ritualized behavior. To our knowledge, this is the first evidence of interspecific combat among vipers. Some people might even suggest, that these are actually two snakes that are mating. This is not what it looks like when snakes mate, this is what it looks like when snakes fight.

Both the Copperhead and Cottonmouth (Water Moccasin) are heavy-bodied aquatic snakes. Both are venomous pit vipers with big fangs and potent venom. They look somewhat similar. Here are the main things to know regarding the differences between these two snakes: 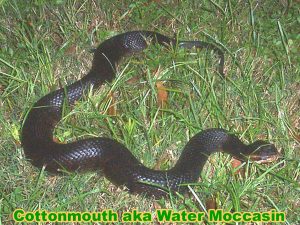 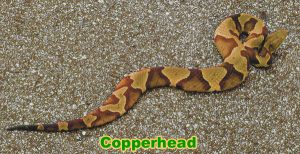 The Cottonmouth is more southern, and the Copperhead range is more eastern and extends further north. Both are found primarily in water areas – in the south, Cottonmouth just love swamps, more than big, clear lakes. Copperheads are more likely to be found on dry land, but Cottonmouth really tends to stick to water.

Both snakes have potent cytotoxic venom that dissolves tissue. But the Cottonmouth bite is far more severe. A Copperhead bite is almost never fatal to an adult. Maybe a small child, or pet (a medium to small sized dog , or cat) . But an adult Cottonmouth can kill an adult human, because it delivers enough venom of stronger proteins that break down more tissue and blood cells, and can cause systemic bleeding that can kill a person.