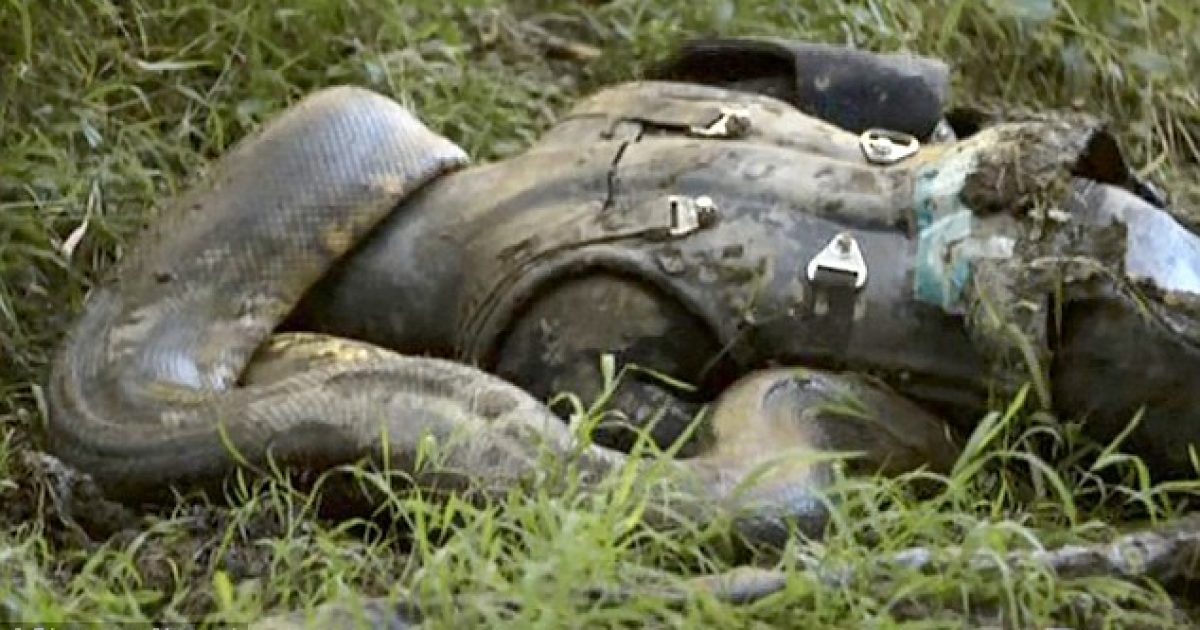 In a stunt for television, a man dons a special suit and attempts to be ‘eaten alive’ by a giant anaconda, this to me, just screams stupidity!! TV adventurer Austin Stevens thinks Paul Rosolie was foolish when he put on a special suit and attempted to be ‘eaten alive’ by a giant Green Anaconda. To me, this emphasizes my personal belief, that just because someone is on television, it doesn’t mean they’re smart….and boy-oh-boy…was this guy ever a prize winning dumbass!!

In an article at iflscience.com  they write:

Discovery Channel has been pushing a special called Eaten Alive in December of  2014. The special features 27-year-old naturalist Paul Rosolie, who wore a “snake proof suit” and planned to live through getting swallowed by a 20-foot-long anaconda.

Anacondas of this size can easily eat large mammals like jaguars, deer, and pigs, so swallowing a human shouldn’t have been a problem. In fact, when Rosolie first made contact with the snake, it was afraid and tried to escape.

What to do when you’ve hyped up a show this much and the star isn’t interested? Rather than making the decision to call the whole thing off, Rosolie decided to provoke the animal instead.  However, it appears that Rosolie wasn’t quite prepared for the reality of being constricted by an anaconda, and called in the crew to rescue him.