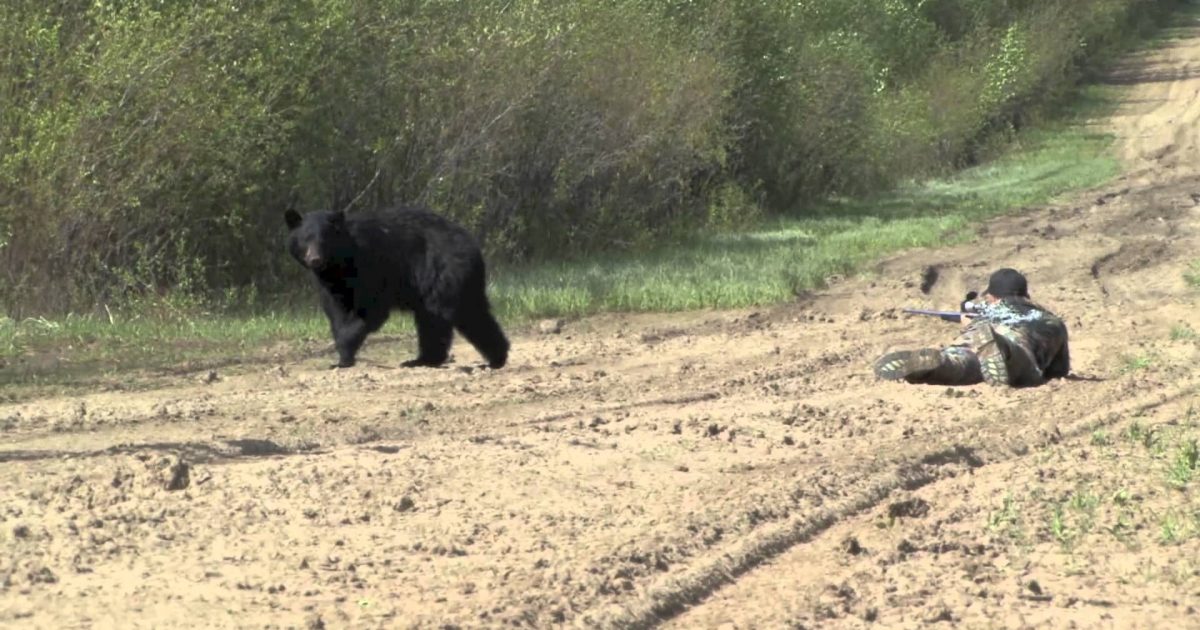 The reason that I decided to use this video in an article, was that it had a “happy ending”, not for the hunter, but for the bear. There are tens of thousands of hunting videos on YouTube and about 90 percent of them end with an animal being killed. That’s the whole point in hunting, not so much to get a “trophy”, but to harvest an animal and fill the freezer with meat.

Now, I personally have never eaten bear meat, but from what I’ve been told, it’s not bad tasting at all. Some say, since bears are omnivores, their meat tends to taste like their last meal. That’s fine if they last dined on berries. But if they’ve been eating, say, salmon, their fat will become infused with fishy flavor.

When it comes to eating, bear meat gets a bad wrap in hunting circles. But it shouldn’t. Bears aren’t as tough eating as they look. Taking bears that have been feeding on the right kind of diet can fill your freezer with meat that can have an underlying sweetness—as if caught with their paw in the honey jar.

Now, regarding the video below, as you can clearly see, this hunter stalked the bear and got extremely close…”danger close” in my opinion. And instead of acting like some idiot redneck and start blasting away, he hesitated. He hesitated to the point, that the animal was only a few feet away from him, that’s too close.

If that bear had decided that the hunter was a threat, chances are, he probably could have mauled the hunter before he could have gotten a shot off. And even if he had, the bear could have just kept coming. Thankfully, the hunter decided at the last minute not to shoot the animal.

So, even though this video does not end with an animal being killed, it is a great example of  responsible hunting practices. The hunter decided at the last minute that the bear wasn’t mature enough, so he decided that wasn’t the bear he came for and let it go to live another day. Still, I don’t know if I would  have let the animal got that close.