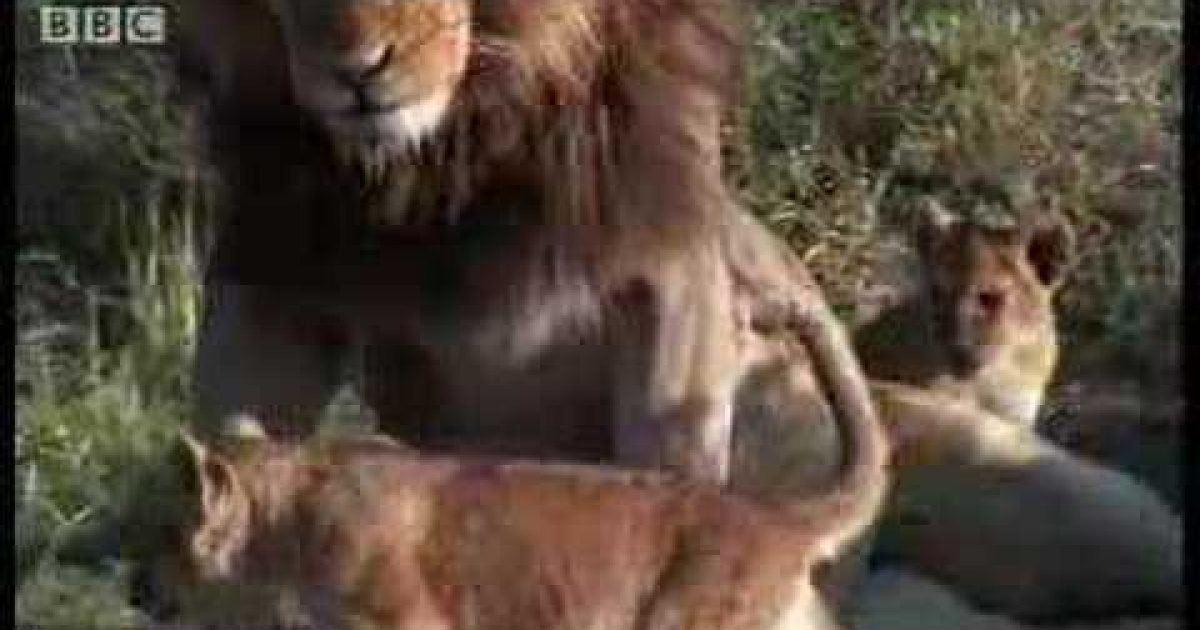 Male lions aren’t known for being the best father’s in the animal kingdom, considering life in the wild isn’t very easy. Most males are usually interested in two things: food and sex.

While young males are expelled from the pride by the age of three, females usually remain with the pride for their whole lives. Male lions do not look after the cubs in a pride and take no part in help raising the young, but they do protect the whole pride against other males.

You may already know, that when a male lion becomes head of a pride he will usually kill all the cubs sired by the previous leader. But while that makes lions terrible step-dads, it doesn’t make them terrible fathers. What makes lions bad dad’s; is a combination of greed and laziness.

Papa lions spend most of their day lying in the shade, waiting for one of their wives to bring home dinner. The female does all of the hunting and pretty much all of the parenting. The male’s job is to protect his territory from other prides and scavengers like hyenas.

Once the lioness brings home her kill, the male lion is always the first one to eat and he often leaves only scraps for the rest of the pride –including any of his recently weaned children. If it’s a rough hunting season, an alpha lion will let his wives and children starve first.