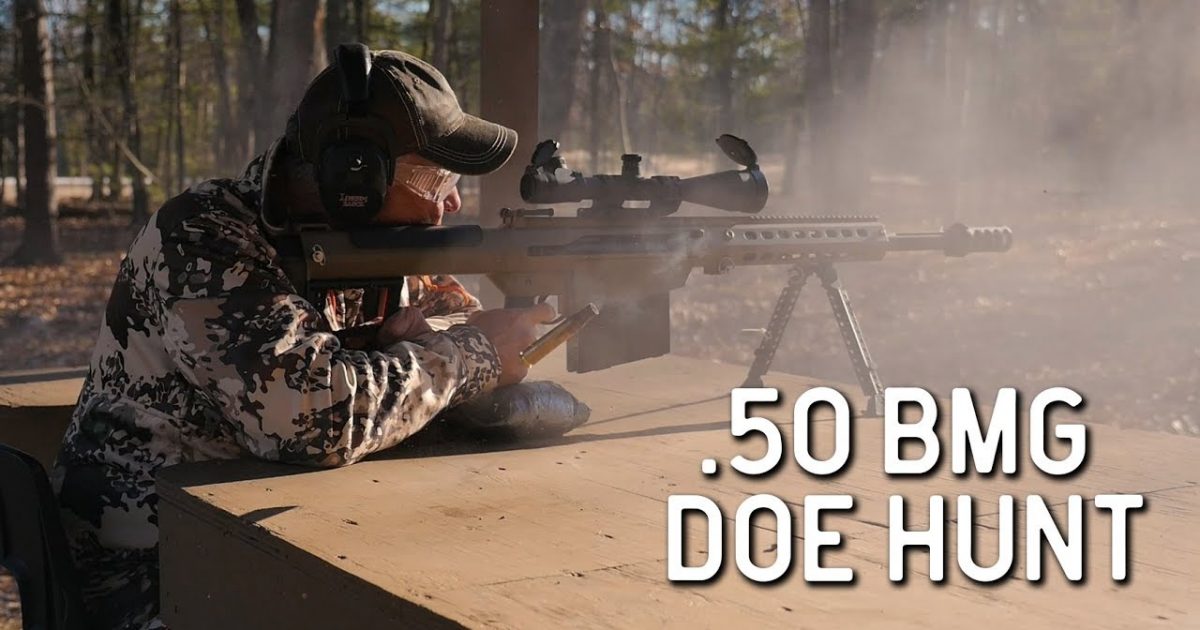 There are some, who think that using a .50 caliber rifle to hunt deer, might be a tad-bit excessive. I mean, if you are hunting big game in Africa like an elephant, that’s one thing, but shooting smaller game like a whitetail deer, I remain dubious. But, I’m sure that Keith Warren knows his stuff, so let’s see just how this plays out, shall we?

Keith Warren tests out the power of a .50 caliber BMG on a whitetail doe hunt. You wont believe what happens to this deer and the results will shock you. Every successful person has a mentor, a coach, someone they can trust and turn to for guidance. Keith Warren is that person for both aspiring and avid outdoorsmen alike. Keith has hunted everything from deer, bear, and hogs with air guns, pistols, rifles, and thermal gear.

Keith is an icon in the outdoor industry and a devoted conservationist. He has been producing and hosting television shows specifically geared to outdoorsmen since 1984. He currently hosts The High Road with Keith Warren and Deer & Wildlife Stories with Keith Warren, nationally broadcast on the Pursuit Channel. Keith has produced and hosted seven award winning television series and over 1,200 episodes of outdoor television, more than any other outdoor host.