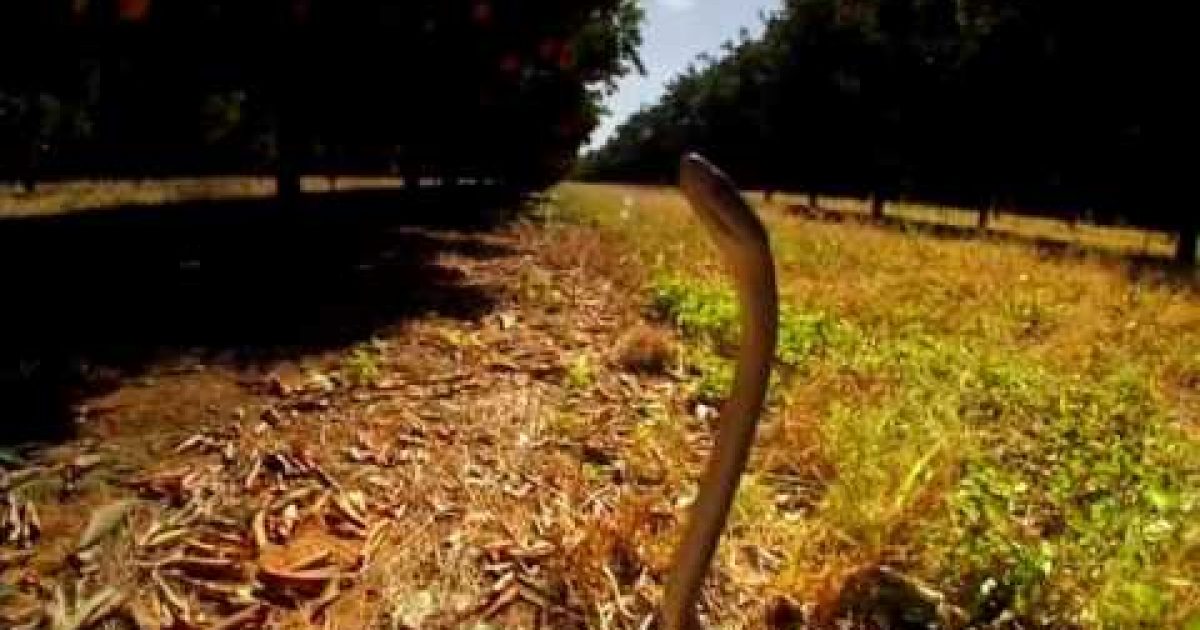 Black Mambas are generally found in eastern and the southern parts of Africa and can travel up to speeds of 20 kilometers an hour. They are very aggressive and so what you DON’T want to do, is piss this particular snake off, because chances are, it can out-run you.

The Black Mamba, is an elapid snake and is one of Africa’s most dangerous and feared snakes. It has a wide range of known locations throughout Africa. The black mamba is native to Somalia, Ethiopia, Kenya, Botswana, Uganda, Zambia, Zimbabwe, Angola, Namibia, Malawi, Mozambique, South Africa and the Congo.

They inhabit a wide variety of areas that include open savannahs, open woodlands, and rocky outcrops. It is also known for being very aggressive when disturbed or confronted and will not hesitate to strike with deadly precision. The black mamba is the largest venomous snake in Africa and the second longest venomous snake in the world.

Adult black mambas have an average length of 2.5 meters (8.2 ft) and a maximum length of 4.5 meters (~14 ft). Like all other reptiles, the black mamba relies on external heat to regulate the temperature of its body. Of the venomous snakes of the world, only the King Cobra is longer.

The Black Mamba is also the fastest land snake in the world, able to reach speeds in excess of 12 miles per hour (20kph). However it uses this speed to escape danger, rather than catch prey.

The name “black mamba” is somewhat confusing because it contradicts the snake’s actual color. Its body is not black at all; the name is given to it because of its inky black mouth.

Normally, mambas have a dark olive, olive green, grey brown, or metal color. Some of them have a light band around their body. As mambas get older, their skin begins to darken.