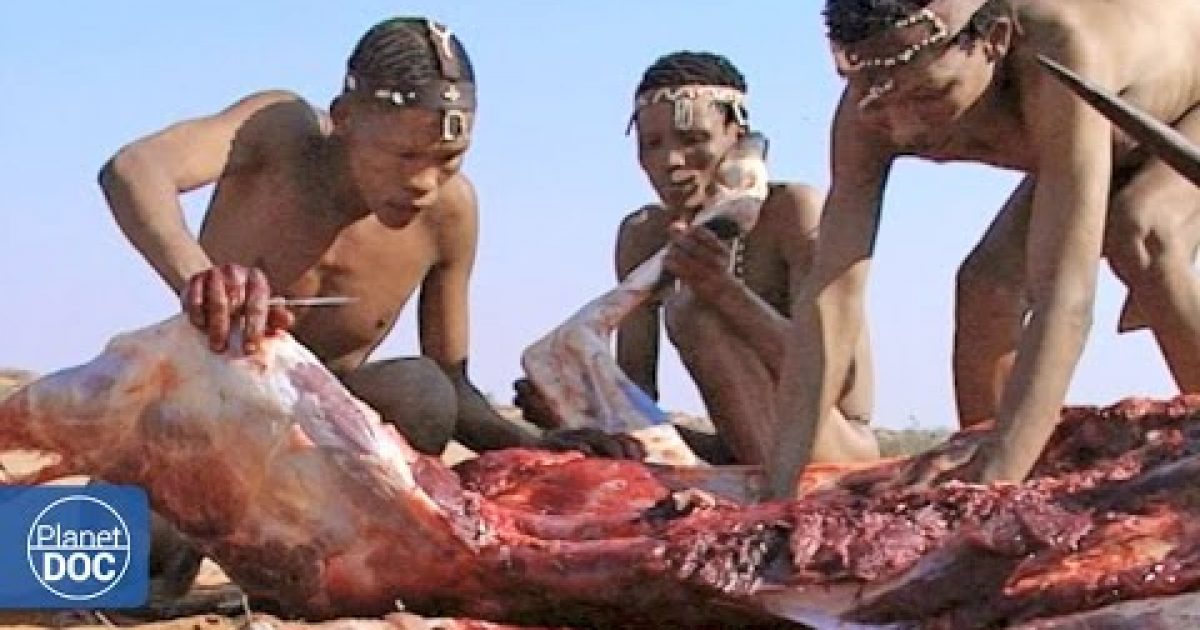 I must say, that I have nothing but respect for these men, these people have been hunting the same way for thousands of years. I’m sure that they could upgrade and manage to get their hand on firearms and make hunting easier, but the bushmen for some reason don’t.

Obtaining energy is a basic and fundamental process for the survival of a living being and therefore, from the beginning of life on earth homo sapiens had to develop as a hunter and animals as great predators.

In Namibia, the bushmen start a day of hunting.  This is no easy task, because they don’t have horses, or automobiles, they don’t even have modern firearms. Armed with primitive bows, these great hunters set-out on foot and cover great distances to find prey.

The San tribe, one of the most intriguing people in this world, are the region’s earliest inhabitants (it is estimated that they have been living here for the last 30,000+ years) and are still settled in many parts of Southern Africa.

Archaeologists and geneticists agree, that the San are the descendants of the original Homo sapiens groupings, who occupied Southern Africa, for at least 150 000 years.

According to genetic studies and the geneticists: That one of the oldest gene patterns found in some modern humans, is that of the Khoe-San, and it dates back around 80 0000 years.