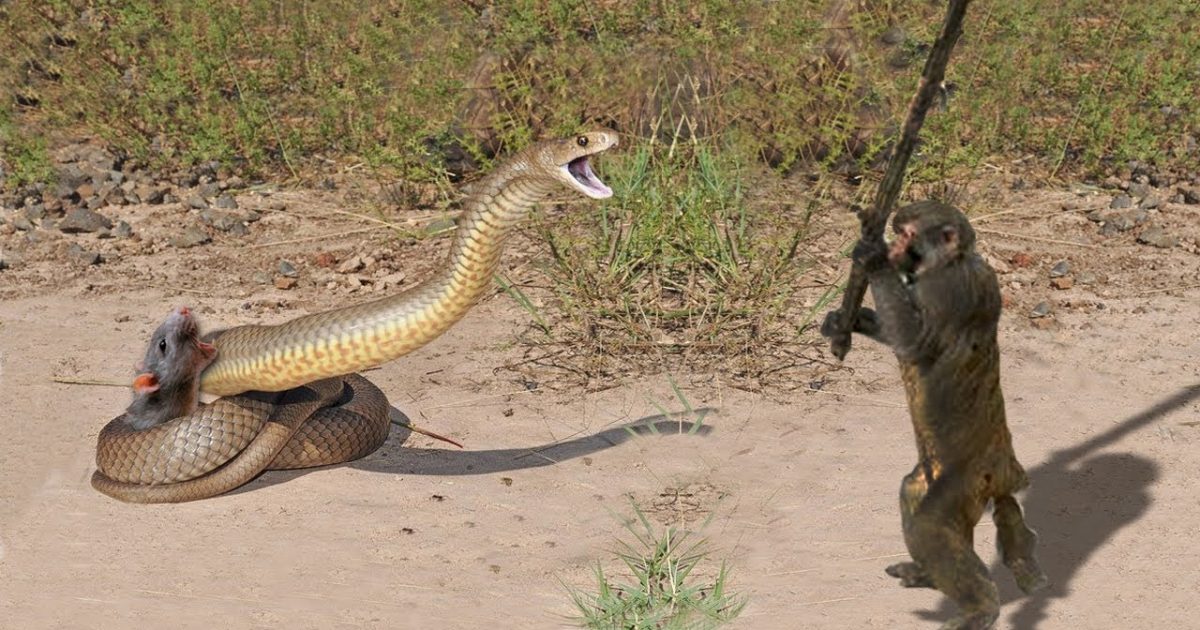 This has to be one of the most amazing videos I’ve see in a while. A  capuchin monkey literally snatches a mouse out of the jaws of a snake who was trying to eat the rodent. I guess it’s one more example, that primates have they ability to feel empathy and pity and almost act quite “human”.

Try as I might, I could not find out just exactly where the video below was shot, so I had to make an educated guess. Since the Capuchin monkey can be found in South America and there are 9 different species of capuchin monkeys that inhabit tropical rain forests, dry forests and mangroves, I’m guessing this video was shot in South America.

About the snake in the video:

False water cobras—named for their habit of hooding when frightened—prefer living in wetlands, where they prey on amphibians. Giant bird snakes are predators of rodents and birds that are equally at home on the ground and in the trees.

Cribos are powerful predators: rather than using venom or constriction to kill their prey, these terrestrial snakes kill their prey with jaw pressure or by holding the prey in their mouth and beating it on the substrate or nearby objects.

Giant bird snakes are likely the largest of the three, occasionally exceeding 10 feet in length. By contrast, the cribos and false water cobras are seldom more than 8 feet in length.