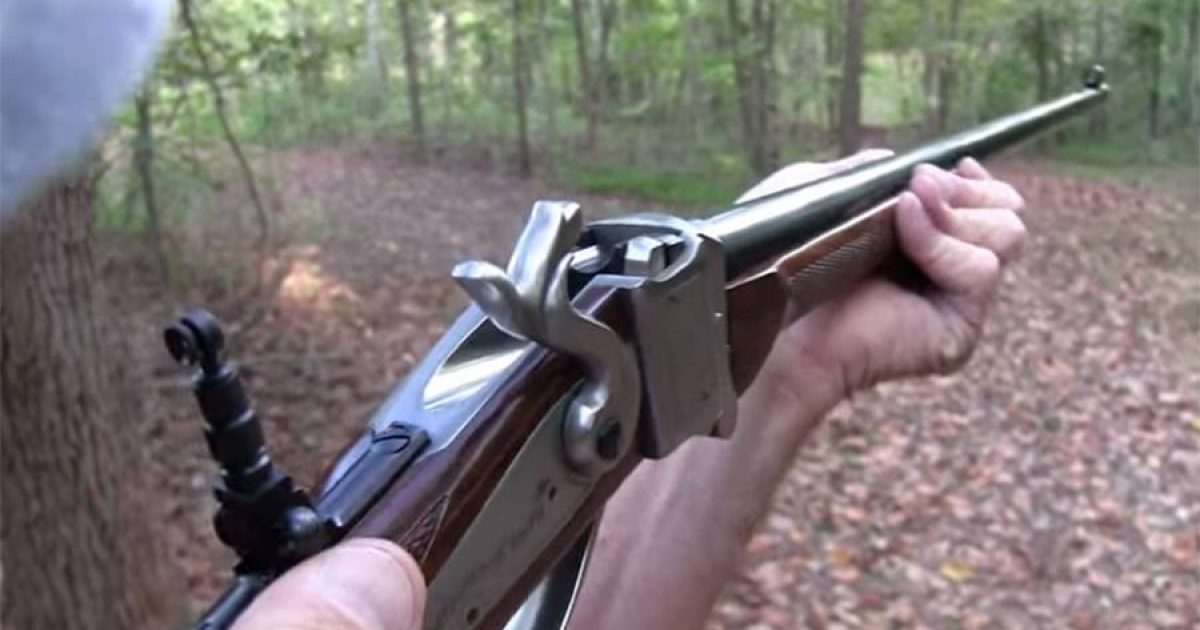 Facebook Twitter
Our old buddy “hickok45” takes us into the past when he fires a beautiful .45-70 Lyman Sharps Model 1877. This is one sweet rifle and it’s guaranteed to bring down any big game animals that get in front of it’s sights.
As the buffalo era was ending, Sharps refined their renowned rifle to create the rare 1877 Model. It was often referred to as the “English Model” not just due to its refined styling but for its high quality English-made barrels.
This would be their last side-hammer model. More streamlined, the ’77 was more hunting/target rifle and less heavy buffalo gun. It was the most advanced single shot of the day. A year later, William Lyman introduced his now famous Tang Sight. Reproduced for today’s single shot enthusiast, Sharps’ final iconic side-hammer design and Lyman’s sights combine to create Lyman’s “Model of 1878”.
Painstakingly crafted to Lyman’s specifications, by Pedersoli, this rare model has only been reproduced as an expensive, custom-made gun, until now. Lyman has changed that with a rifle that’s packed with features that assure tack-driving performance.
First and foremost, Pedersoli’s renowned craftsmanship and premium quality 45-70 barrel work in conjunction with the double set triggers and Lyman’s tang and globe sights for a complete accuracy system.
The buttstock has the faster mounting and more comfortable, “shotgun-style” butt and the forend is finished with a premium ebony tip. Both carry tasteful, functional checkering patterns.
Period style, laser engraving adds additional elegance to the receiver and lockplate. Overall, Lyman’s Model of 1878 is a unique and desirable addition to any single shot enthusiast’s collection.
Facebook Twitter