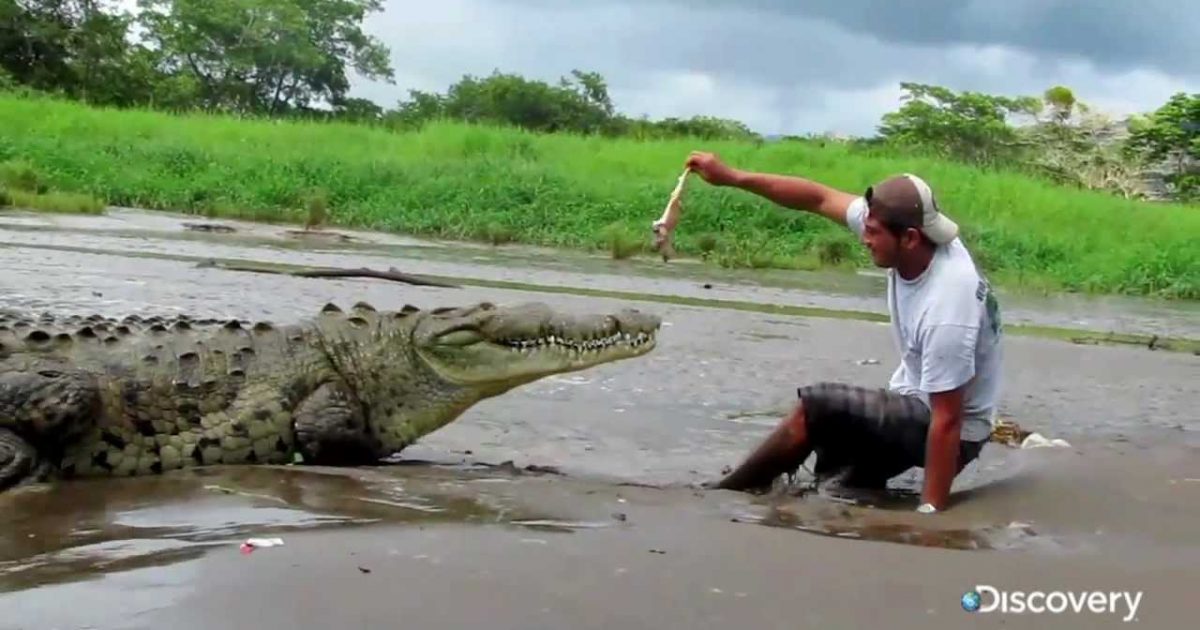 The other day here at Great American Outdoors, I published an article about crocodile attacks on humans. The one constant in almost every one of the attacks, was carelessness on the part of the humans involved. But concerning the guy in the video below, I can’t figure-out if he’s just stupid, or if he has a death wish. Once thing’s for sure, one day this dum-dums luck is going to run-out and he’s going to BE “lunch” for some hungry croc.

An accurate count of annual crocodile attacks on humans is difficult to obtain. Many of the areas in which humans and large crocodiles come into contact are remote, impoverished, or in areas of political unrest. Crocodile attacks are not always reported to local authorities, and some reports are difficult to verify. Nevertheless, some information does exist: for example, it was reported by CAMPFIRE in Zimbabwe that in the first ten months of the year in 2005 crocodiles were the number one cause of death in humans where wildlife was involved – with the number of deaths cited as 13.

Unlike other “man-eating” crocodiles, such as the saltwater crocodile, the Nile crocodile lives in proximity to human populations, so contact is more frequent. Although most attacks are not reported, the Nile crocodile is estimated to kill hundreds (possibly thousands) of people each year, which is more than all other crocodilian species combined. One study posited the number of attacks by Nile crocodiles per year as 275 to 745, of which 63% are fatal, as opposed to an estimated 30 attacks per year by saltwater crocodiles, of which 50% are fatal.
Facebook Twitter