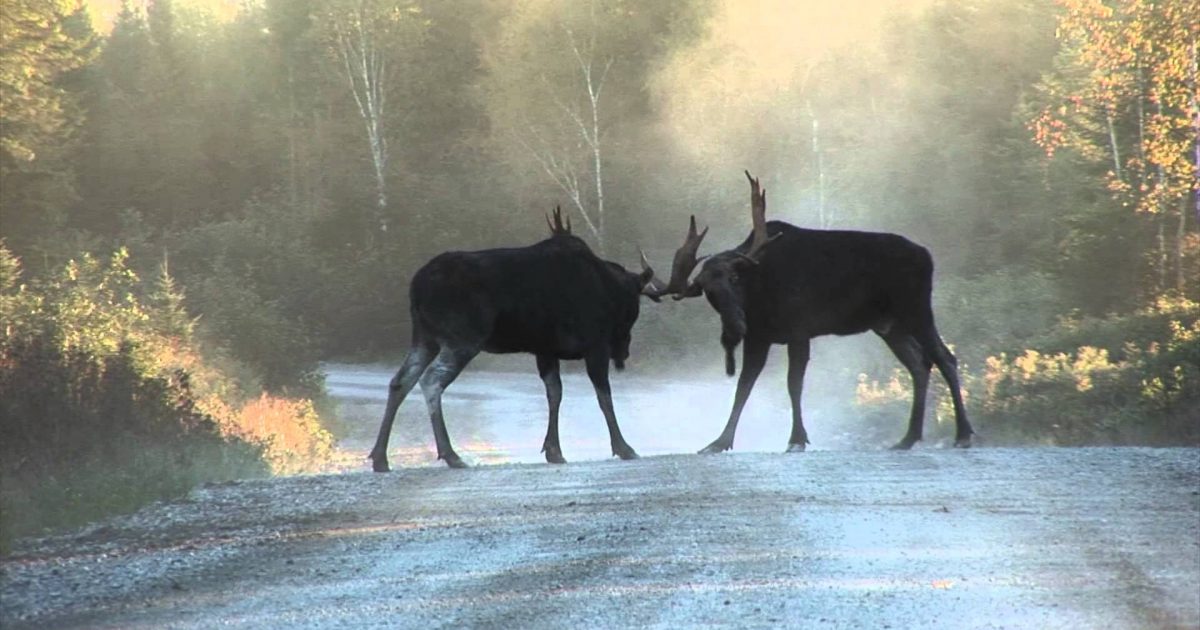 A bull moose can grow up to be 7.1 feet tall and weigh between 1,102 to 1,598 pounds. Now, imagine if you will, 2 of these titans battling it out, it’s not something that you see every day. Such a fight was captured on video back in January of 2014, it was filmed by a gentleman named Roger Quellet in the state of Maine.

With such a huge size comes a huge appetite. Moose are browsers and will casually devour 73 pounds a day in the summer and 34 pounds in the winter. They eat an assortment of shrubs, woody plants, and aquatic vegetation; in the winter, their diet is more restricted, so they eat the buds of plants.

Moose are formidable opponents with sharp hooves that can kick with tremendous force, but even they have predators. A pack of wolves, or a black bear is no match for a healthy adult moose, so bears and wolves typically pick off the young, sick, and old.

When fighting off predators, the antlers, or paddles, don’t come into play as much as you would think; a moose’s first line of defense is its sharp hooves, which are capable of mortally wounding a wolf, or bear. Paddles are only found on males, and used mainly for fighting and displaying. During mating season in autumn, bulls will cover a lot of ground looking for females to mate with.

And that brings us back to the video below….sometimes these fights get way out of hand, as you’ll see at the end of the video.  From all appearances, it looks like it did not end very well for one poor animal.