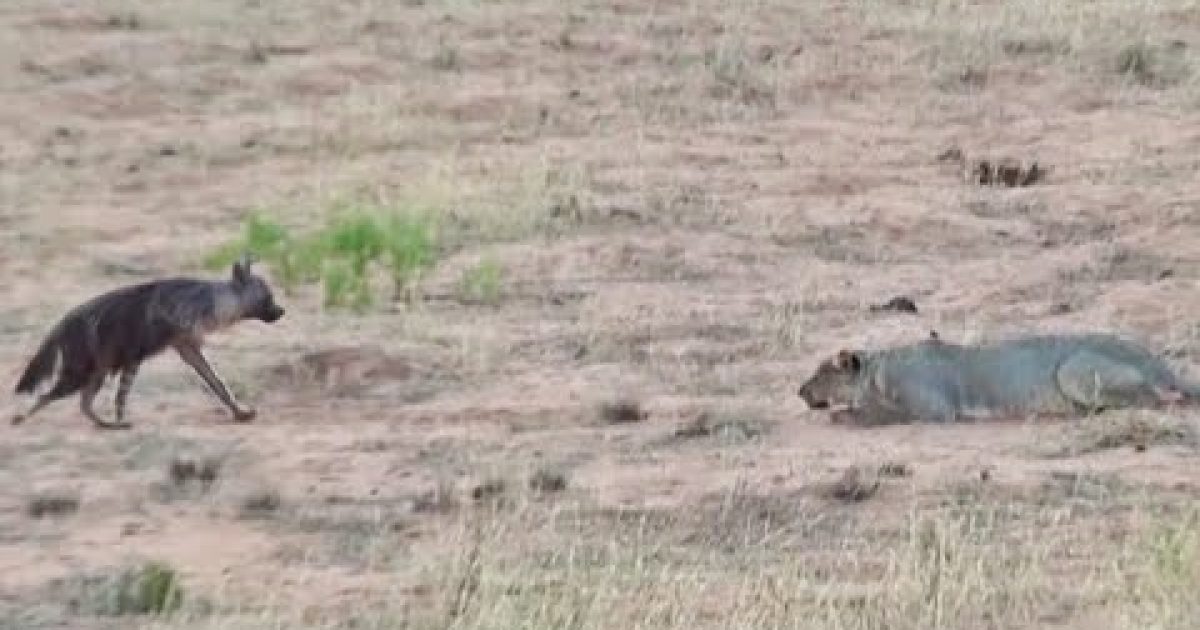 Apparently, the hyena in the video must have either been unaware that he was in lions territory, or he had a death wish (which isn’t very likely), but sadly, it’s a mistake made only once.

Lions and hyenas inhabit the same geographic ranges in Africa and depend on the same prey as food. This competition fuels a relationship characterized by animosity. When the animals cross each others’ paths they react with hostility, sometimes without apparent reason. Observers have noted occasions where male lions seem to take pleasure in harassing or killing hyenas.

Because lions and hyenas both consume the same prey, they are each others’ most common competitors. Lions are three to four times larger than hyenas and kill larger animals. A group of hyenas, however, can often use teamwork to intimidate a lion away from its kill.

Both lions and hyenas frequently steal from each other. Lions have learned to recognize the feeding calls of hyenas after a recent kill. They follow the calls to the source and chase the hyenas from their prey. Although it would seem abundant prey would lessen the hostility between lions and hyenas, the opposite has been observed.

Although the two species share the same geographic range, both lions and hyenas are territorial and extremely aggressive toward one another. Lions have been known to kill hyena young, and a lion entering hyena territory is dealt with swiftly and aggressively by the individuals guarding the den.

Territorial disputes are frequent, and observers in Ethiopia observed a conflict of war-like proportions in April 1999. At the end of two weeks of intense fighting, six lions and 35 hyenas were dead.