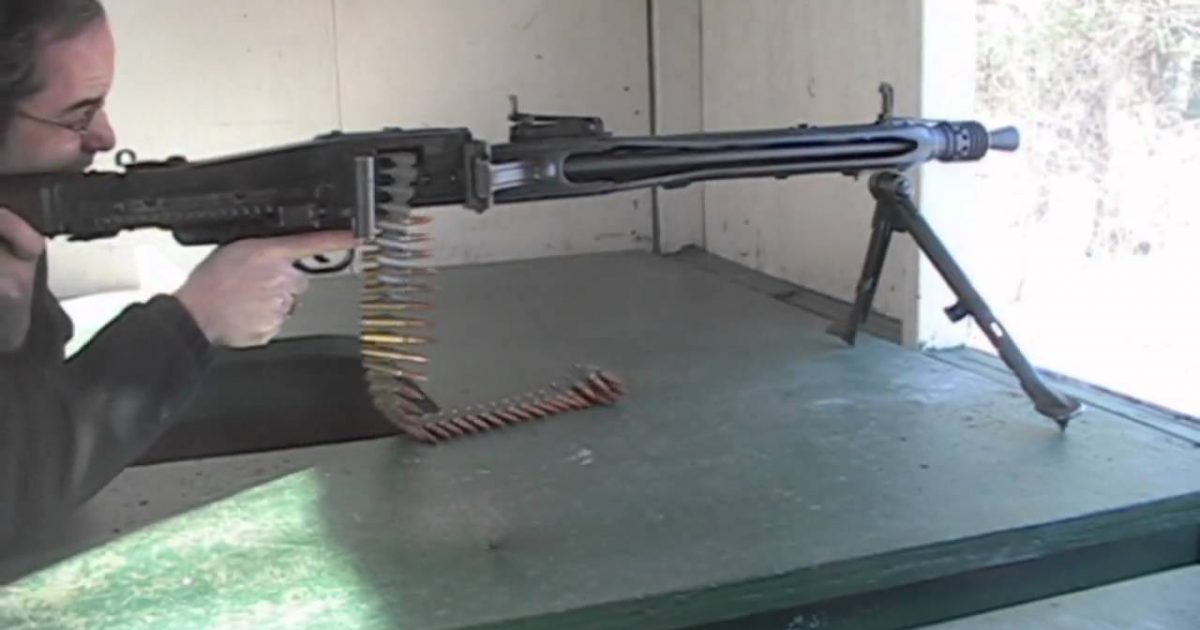 During the Second World War there was no weapon that was more feared than the MG-42 (Maschinengewehr 42).  Just the sound of this weapon being fired, made even the most battle hardened veterans scramble for cover.  With it’s incredibly high rate of fire of 1200 rounds per minute, it made most men hug the ground, because sticking your head up, would almost insure it being taken off by this killing machine. During the ladings at Normandy on D-day, more men lost their lives due to this fearsome weapon…THAT’S how effective it was!!

The Maschinengewehr 42 machine guns, or MG42 for short, were developed by the German firm Metall und Lackierwarenfabrik Johannes Großfuß AG after seeing need for machine guns with greater rate of fire than the MG34 machine guns. In 1941, a limited production for MG39/41 machine guns provided 1,500 guns for combat trials; they were accepted for service in 1942 under the designation of MG42. Großfuß, Mauser-Werke, Gustloff-Werke, and several other armament manufacturers were given contracts. The design of the MG42 machine guns were purposely similar to that of MG34 so that soldiers assigned these new machine guns would require minimum amount of training before taking the new weapons to battle.