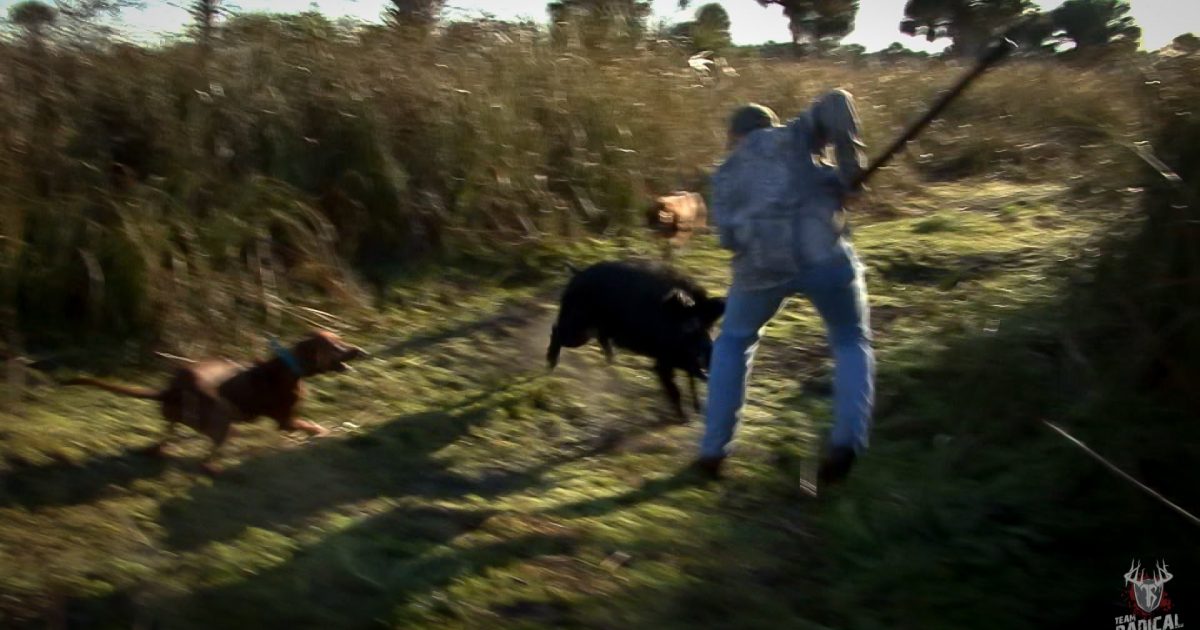 The only thing I would say about this hunt that wasn’t quite right, was that the man with the spear was on foot. Sure, he had a pack of dogs and a camera man with him, but a wild boar even with a large spar, is not an easy target, and the danger to the hunter is quite real. These feral hogs/boars can be very dangerous targets, especially when you get in too close a proximity to one, they have been known to tear-up many a careless hunter.

Boar hunting is generally the practice of hunting wild boars, but can also extend to feral pigs and peccaries. A full-sized boar is a large, powerful animal, often having sharp tusks which it uses to defend itself. Boar hunting has often been a test of bravery. 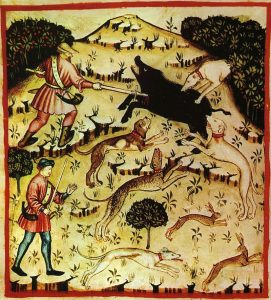 A 14th-century depiction of boar hunting with hounds

The wild boar is the ancestral species of the domestic pig. It is native across much of Central Europe, the Mediterranean Region (including North Africa’s Atlas Mountains) and much of Asia as far south as Indonesia, and has been widely introduced elsewhere.
Currently, wild boars are hunted both for their meat and to mitigate any damage they may cause to crops and forests. A charging boar is considered exceptionally dangerous quarry, due to its thick hide and dense bones, making anything less than a kill shot a potentially deadly mistake. Hunters have reported being butted up into trees by boars that have already taken a glancing shot.

But, after all is said and done, what this young man in the video did took alot of guts and thankfully, the only casualty was the wild animal.