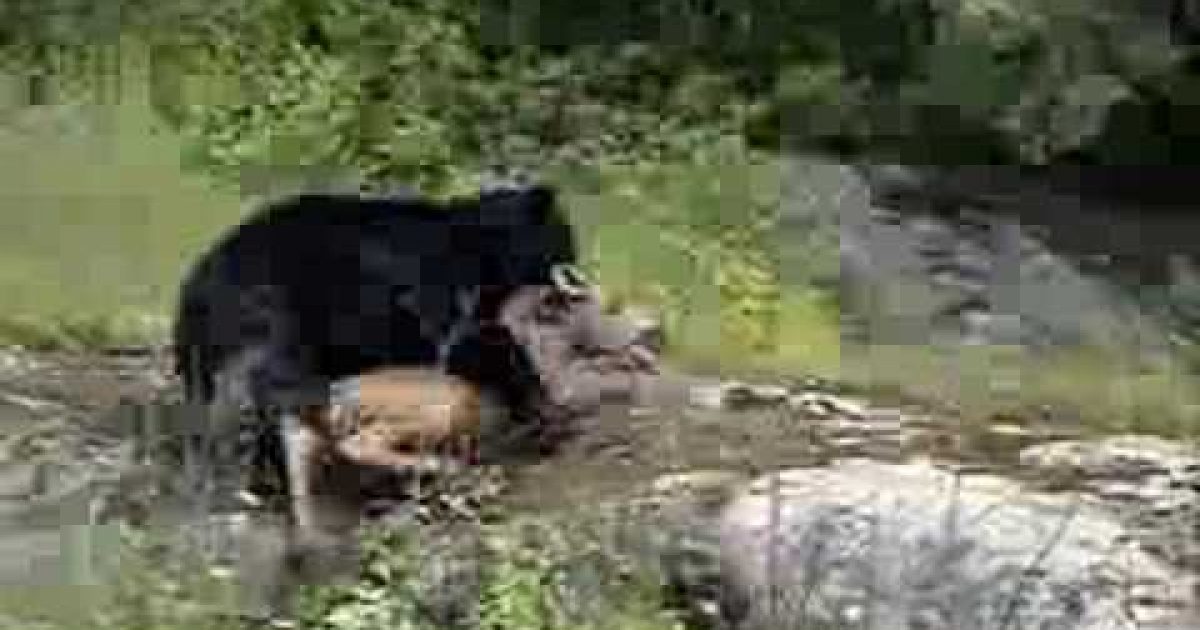 Mother nature isn’t always kind, no matter what environmentalists tell you, ‘real life’ isn’t a Disney cartoon, some animals live and some die and that’s the truth.

Although all species of bears, including black and grizzly bears, are technically of the order Carnivora, they are essentially omnivores that eat plants, insects, fish, and animals.

Bears spend most of their time perusing a patchwork of habitats throughout the year, feeding on vegetation, insects and other more reliable, though lower calorie food sources. Plant foods make up the majority of a bear’s diet – sometimes as much as 90 per cent.

However, fish and meat are important sources of protein and fat, though most non-coastal bears rely on carrion (including winter-killed animals). Some bears, however, become very effective predators on newborn elk, moose, deer or caribou.

Others live in areas where salmon, suckers or other fish spawn for part of each year.

When bears emerge from their dens in the spring, food is in short supply. Although bears are hungry, most trees and shrubs won’t leaf for another month and only the grass at lower elevations has begun to green up.

At this time of year, they are often found foraging on sunny, south-facing slopes where they can find overwintered berries or scavenge for winter-killed deer and moose.