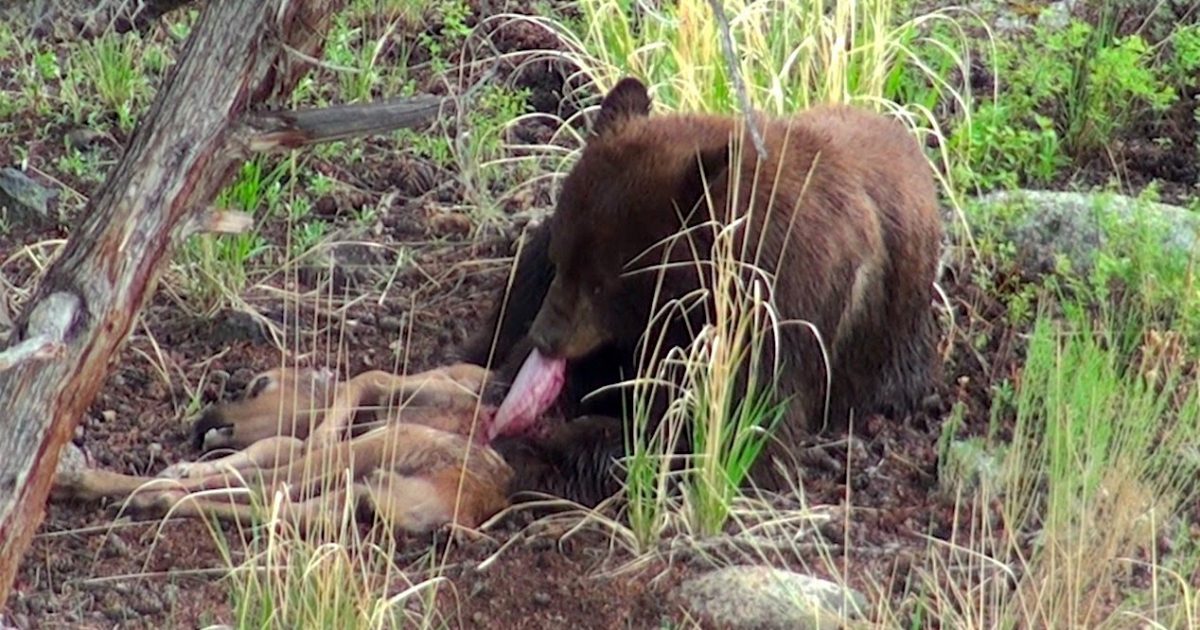 For those of you with sensitive natures, this is one article you should pass on by. Nature isn’t always kind and in the “real world”, something almost always has to die, that allows for another to live. You see….there’s the way it should be…and there’s the way it is.

This footage was taken from the bridge just outside Tower-Roosevelt on the way into the Lamar Valley – Yellowstone National Park. The bear is a cinnamon colored black bear – don’t be fooled by its color!

There are many “brown” colored black bears. This one is quite large, and seems to have a number of issues including a limp and eye problem. This footage starts as the bear is about to locate the elk calf.

You can see that it is using its nose to follow the scent that it picks up in the grass. The bear then runs under the bridge (video cuts) and on the other side of the bridge is where it locates the elk calf.

It then drags the calf all the way up the hill to sit under a tree, where it rests to catch its breath. At this point, the calf is still clearly alive…