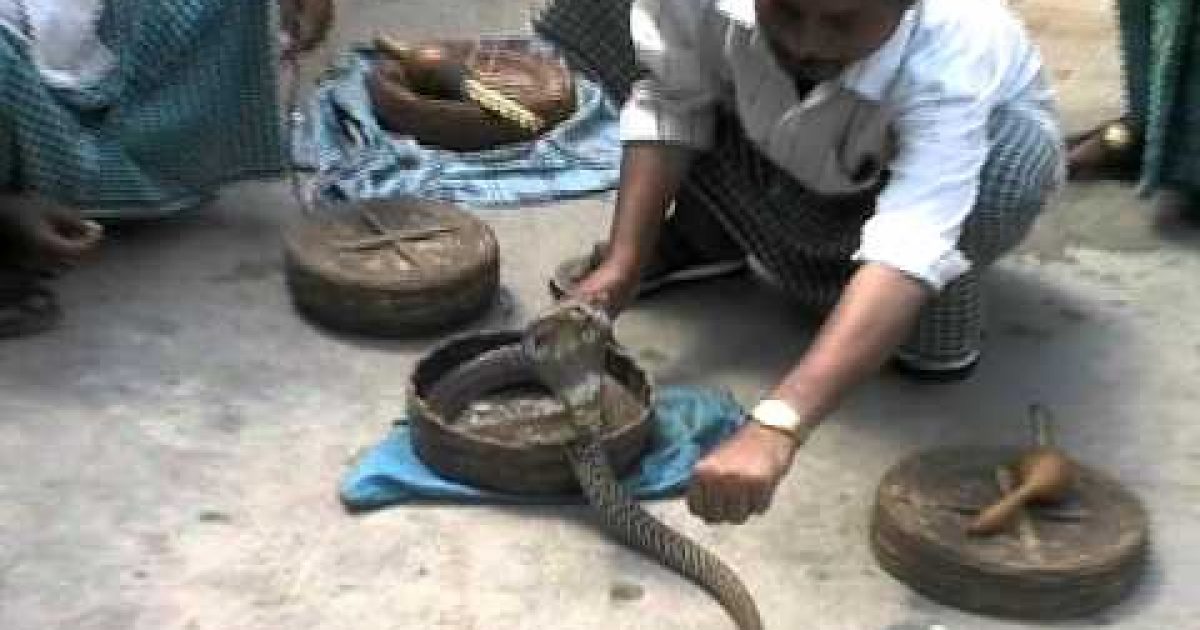 A snake charmer in India got more than he bargained for when he failed to get the snake entranced by playing his pipes. Sadly this poor guy, got bitten by a cobra right in his face between his cheek and eye. Hopefully there was a hospital, or a clinic near by to get him an antidote.

In a piece at quora.com they write:

They don’t move because of the sound but they move with the movement of the been. Snakes don’t have external ears and can perceive little more than low-frequency rumbles. But when they see something threatening, they rise up in a defensive pose. “The movement of the snake is completely keyed in on the guy playing the toodley thing,” according to Robert Drewes, chairman of the department of herpetology (the study of amphibians and reptiles) at the California Academy of Sciences in San Francisco.

Whatever the case, it makes you think that maybe the guy in the video should probably choose another profession, because whatever his bring-home pay is…it ain’t enough.