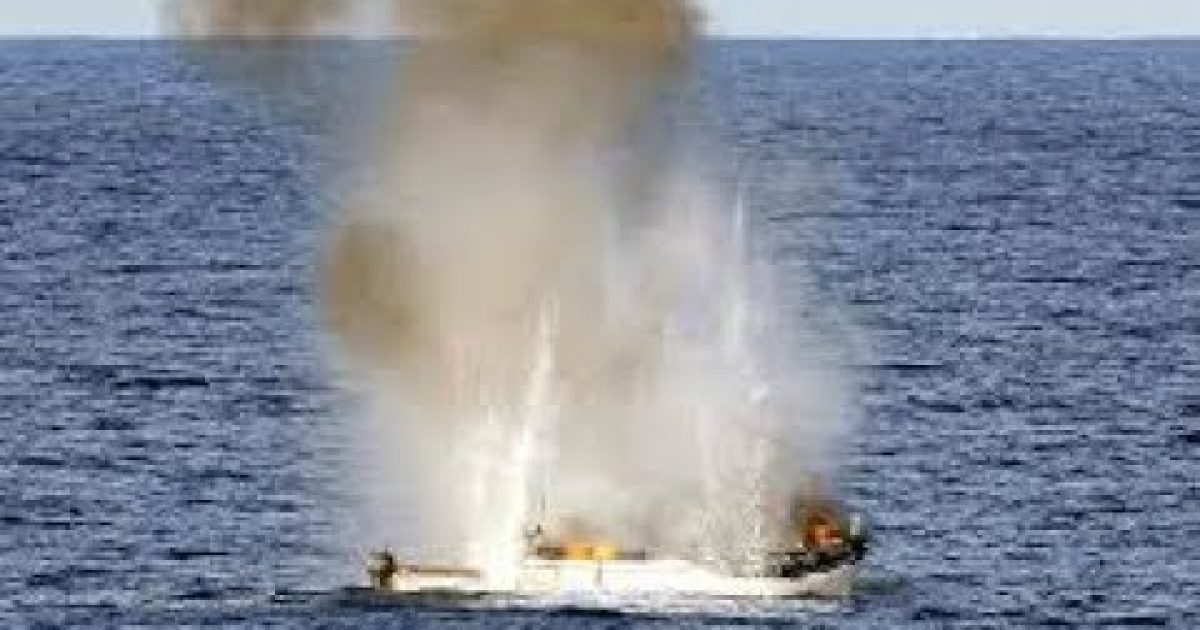 Over the last decade and a half, Somali pirates ruled the seas off the Somali coast. Any cargo ship that dared get too close could almost be certain of an attack by pirates. Over the last eight years, Somali pirates had a field day when it came to pirating, they knew that certain ships, mostly American, wouldn’t fire on them. Well, the days of “standing down” are OVER !!

The pirates get most of their weapons from Yemen, but a significant number come from Mogadishu, Somalia’s capital. Weapons dealers in the capital receive a deposit from a hawala dealer on behalf of the pirates and the weapons are then driven to Puntland where the pirates pay the balance. 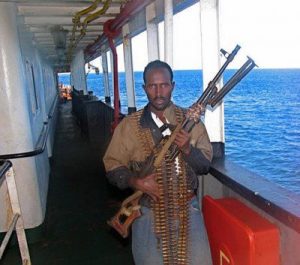 Various photographs of pirates (like above) in situ indicate that their weapons are predominantly AK47, Type 56, AKM, RPK, PK, RPG-7, and TT33. Additionally, given the particular origin of their weaponry, they are likely to have hand grenades such as the RGD-5 or F1.

In the video below, we see both American and Russian naval vessels making short work of the bloodthirsty criminals and NO QUARTER is given. It seems they don’t like be fired on, they’re used to helpless merchant vessels with un-armed crews aboard and aren’t used to having the full might and firepower of two of the worlds most powerful navy’s brought to bear on them.

So , grab some popcorn and a soda and sit back and enjoy the show. This is sure to bring a smile to someone’s face, because the bad guys really get what’s coming to them that’s for sure.