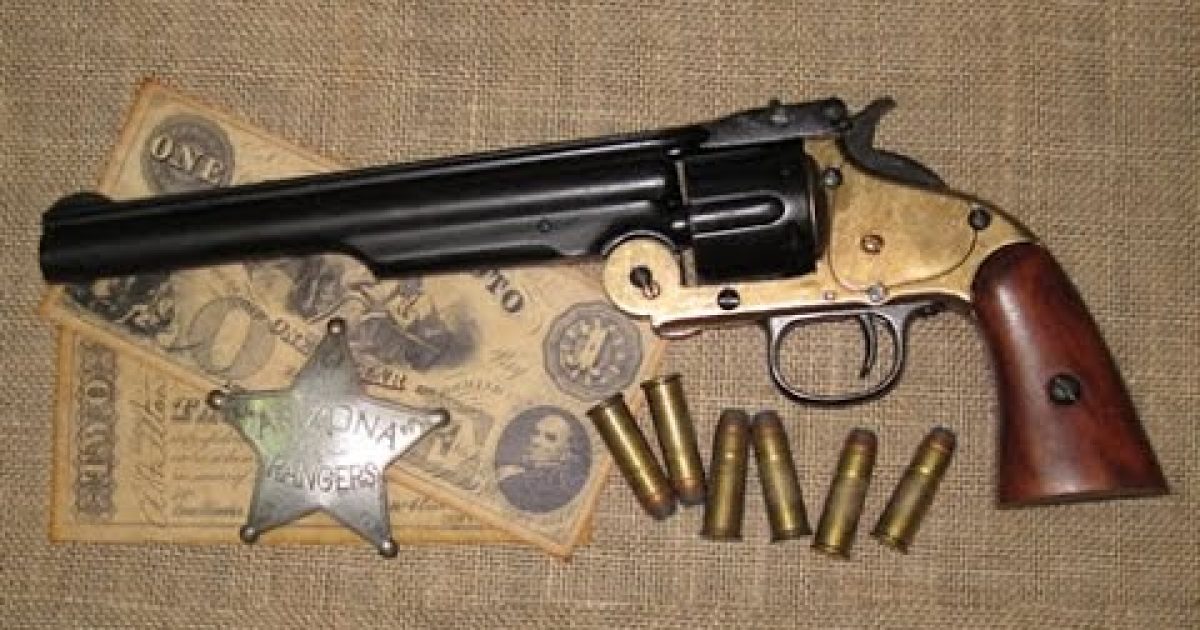 When you talk about revolvers of the old west, most folks immediately think about the Colt Peacemaker, but in truth, it was the Smith & Wesson model 3, or as it became to be known as the “Schofield” , that was the first true revolver that came available first.

The Smith & Wesson Schofield (usually pronounced SKO-field rather than SHOW-field) revolver is probably the best known by the general public of any of the Model Threes, and the one most associated with the Old West in the collective American imagination. Such is its popularity that some gun enthusiasts who are not familiar with the older S&W’s will tend to call any large frame S&W top-break a “Schofield.”

The Schofield originated with the efforts of Col. George Schofield to improve the American Model Three for military usage. The American was the first cartridge revolver adopted by the military in 1870, with a purchase of 1,000. However, in 1874 the Army purchased 8,000 Colt Single Action Army models, noting a preference for their strength and simplicity.

In Army tests of this era, S&W Americans and Russians passed the firing and functioning criteria, but were criticized for their complexity and number of parts. The greater ease and speed of reloading was noted, but was not given much credence as a tactical advantage

I believe, that the Smith & Wesson was by far, a superior firearms, due to the speed at which it could be reloaded. The problem with this firearm, came about when the Smith & Wesson had to fire a special cartridge made by the S & W company and it wasn’t interchangeable with the Colt round. It it had, then I doubt the the Colt would have surpassed it in sales.