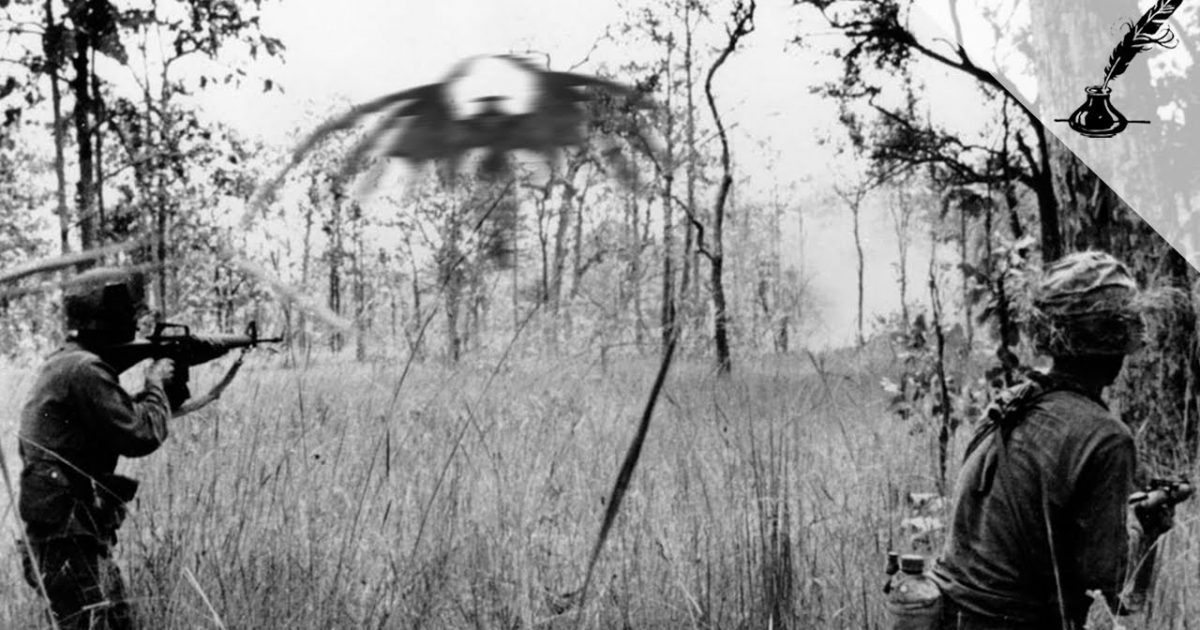 War in itself is a monster, men are under extreme duress while fighting and killing, so it would almost seem possible, that men under such conditions would be prone to fantastical visions. but some claim to have seen things that people back home would say are not possible. Are such sightings of creatures that defy reason the product of a mind under severe stress, or are they real?

However, across the centuries there have been reports by soldiers of actual monsters in the theater of war. Some experienced fighters even claim that they have been reduced to primal panic and dread when faced with creatures that, in their mind, should not exist. According to the following accounts, it seems that soldiers deployed on the battlefield may just have more to fear than simply the human enemy.

What ever you call it, whether it be “shell shock”, “battle fatigue”:, or PTSD, some men in combat have lost all reason and had mental breakdowns when put under such horrific conditions. But what if reports of creatures that defy reason come from men who by all accounts are “sane”, would such reports be discounted as mere misconceptions?

Watch the video and decide for yourself.