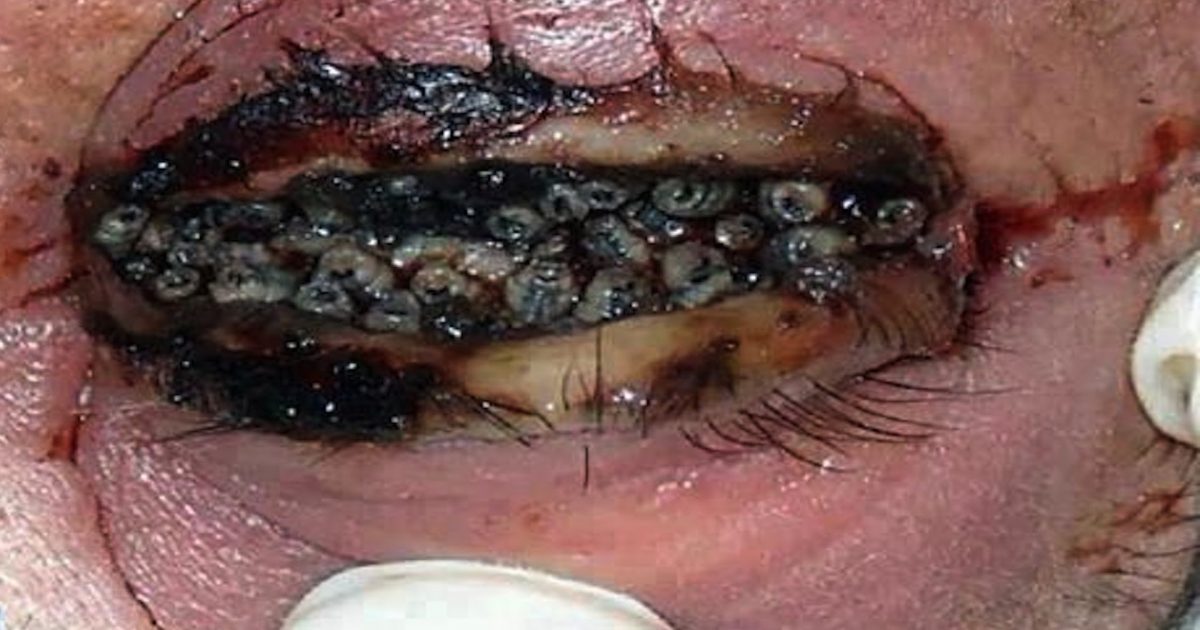 Parler Facebook Twitter
Disgusting parasites in humans…these invasive parasites are known for eating us alive & can cause horrifying infections & diseases inside you. Human parasites include various protozoa and worms which may infect humans that cause parasitic diseases.
Human parasites are divided into endoparasites, which cause infection inside the body, and ectoparasites, which cause infection superficially within the skin.
The cysts and eggs of endoparasites may be found in feces which aids in the detection of the parasite in the human host while also providing the means for the parasitic species to exit the current host and enter other hosts.
Although there are a number of ways in which humans can contract parasitic infections, observing basic hygiene and cleanliness tips can reduce its probability.
The first written records of parasites date from 3000 to 400BC in Egyptian papyrus records. They identify parasites such as roundworms, Guinea worms, threadworms, and some tapeworms of unknown varieties.
In ancient Greece, Hippocrates and Aristotle documented several parasites in his collection of works Corpus Hippocraticus. In this book, they documented the presence of worms and other parasites inside of fish, domesticated animals, and humans.
It was assumed that early human ancestors generally had parasites, but until recently there was no evidence to support this claim. Generally, the discovery of parasites in ancient humans relies on the study of feces and other fossilized material.
The earliest known parasite in a human was eggs of the lung fluke found in fossilized feces in northern Chile and is estimated to be from around 5900BC. There are also claims of hookworm eggs from around 5000BC in Brazil and large roundworm eggs from around 2330BC in Peru.
Tapeworm eggs have also been found present in Egyptian mummies dating from around 2000BC, 1250BC, and 000BC along with a well preserved and calcified female worm inside of a mummy.
Parler Facebook Twitter