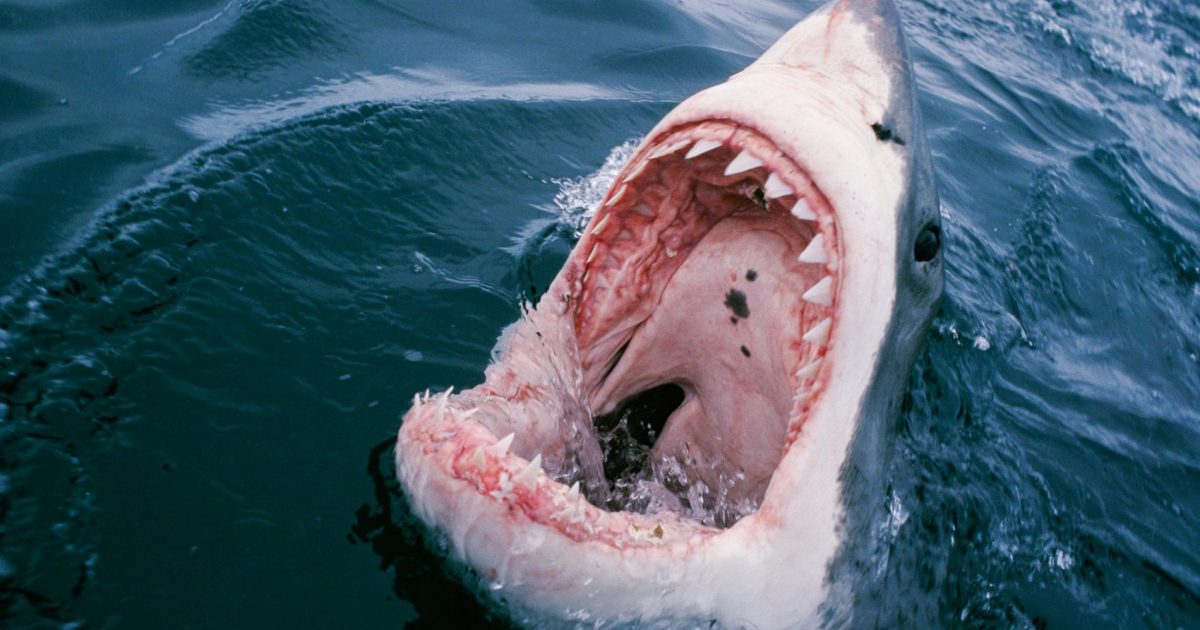 Facebook Twitter
A shark attack is NO JOKE and an attack by a great white shark has to be one of the single most terrifying things to happen to a diver. I am not sure where this video was filmed, but the diver was very lucky to escape with his life.
About Great White Sharks:
When a great white shark is born, along with up to a dozen siblings, it immediately swims away from its mother. Born on the east and west coasts of North America, the south of Africa and southwest Australia, baby sharks are on their own right from the start.
Their mother may see them only as prey. At birth the baby shark is already about 5 feet (1.5 meters) long; as it grows it may reach a length up to four times that. The pup (which is what a baby shark is called) will live its life at the top of the ocean’s food chain.
But before it grows larger, the pup must avoid predators bigger than it is—including other great white sharks. Many baby sharks do not survive their first year. Young great white sharks eat fish (including other sharks) and rays.
As they grow, the sharks’ favorite prey becomes sea mammals, especially sea lions and seals. Sharks count on the element of surprise as they hunt. When they see a seal at the surface of the water, sharks will often position themselves underneath the seal.
Using their tails as propellers, they swim upward at a fast sprint, burst out of the water in a leap called a breach, and fall back into the water with the seal in their mouths. They can smell a single drop of blood from up to a third of a mile (0.53 kilometers) away.
Sharks don’t chew their food; they rip off chunks of meat and swallow them whole. They can last a month or two without another big meal.