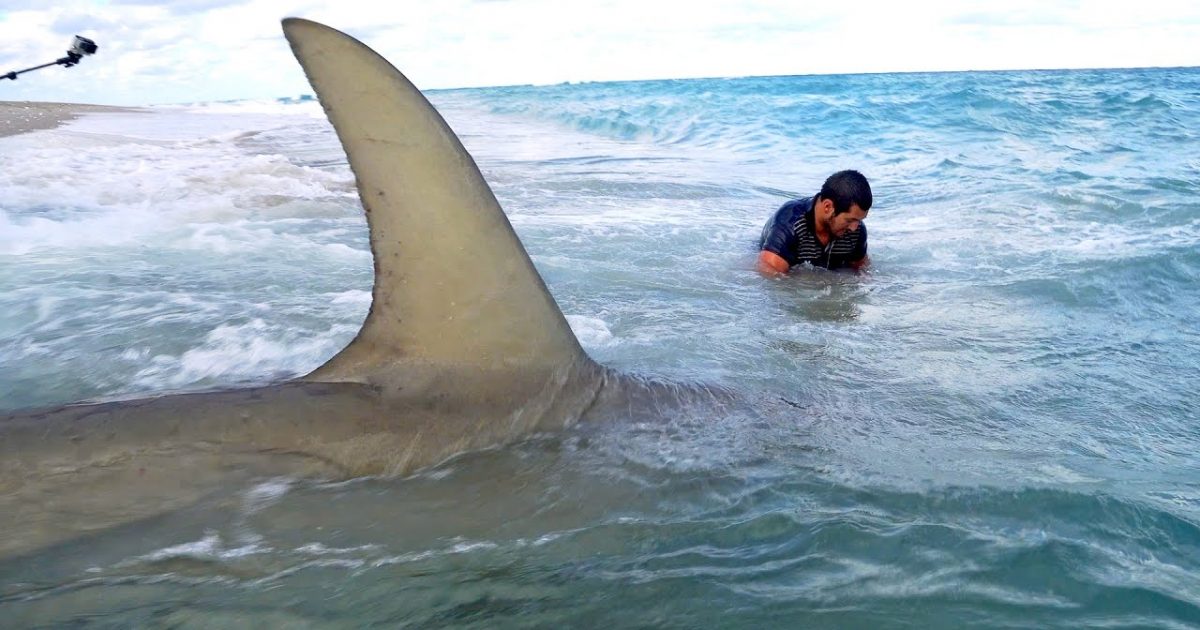 Talk about a good days fishing, this guy drags in a monster hammerhead shark!! Hammerheads are aggressive hunters, feeding on smaller fish, octopuses, squid, and crustaceans. They do not actively seek out human prey, but are very defensive and will attack when provoked.

Hammerhead sharks are consummate predators that use their oddly shaped heads to improve their ability to find prey. Their wide-set eyes give them a better visual range than most other sharks. And by spreading their highly specialized sensory organs over their wide, mallet-shaped head, they can more thoroughly scan the ocean for food.

Here’s what the guy who posted the video to YouTube had to say about this incredible catch:

I was on the phone talking to my buddy Dan, who was fishing on the beach and during our conversation, he hooked up to a monster shark! I drove down to the beach to help Dan and his crew catch and release the monster shark. It turned out to be a 13ft great hammerhead shark. The following day around the same time, Dan gives me a call to let me know that Mark is hooked up to another giant shark!

Here are some interesting facts about Hammerheads from sharksider.com:

There are 9 different species of Hammerheads:

The largest of them all is the Great Hammerhead Shark. When fully grown, it gets to 6 meters in length (20ft) and weighs 170 kilograms (600 pounds). Most other species only grow to 4 meters (13ft).

The lifespan for most Hammerheads is between 25 and 35 years. It’s likely that over time, they are beginning to live longer lives. The reason for this is currently unknown.