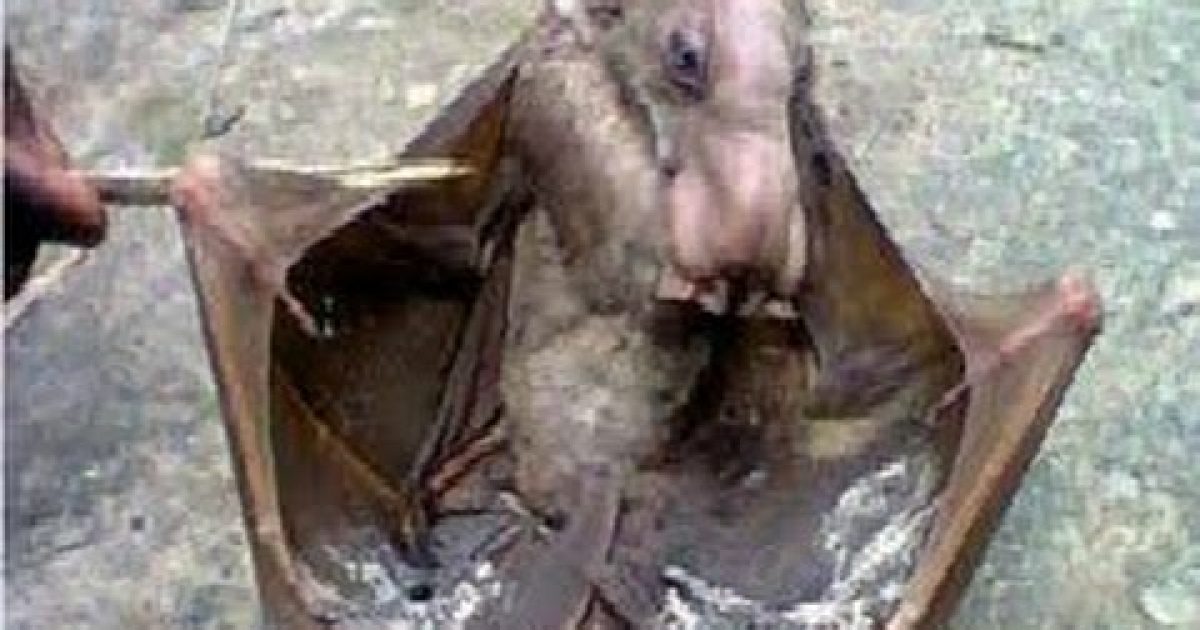 If a person believes that there are no more new species to be discovered, not only would that person be quite wrong, but would also be incredibly narrow minded.  Science has identified some 2 million species of plants, animals and microbes on Earth, but scientists estimated there are millions more left to discover, and new species are constantly discovered and described.

Some animals are found to be new species only when scientists peer at their genetic code, because they look outwardly similar to another species — these are called cryptic species. Some newfound species come from museum collections that haven’t been previously combed through and, of course, from fossils.

Beneath this video, I’ll place a few of the animals mentioned in it.

9. Albino Sea Turtle
Volunteers cleaning up the shores of Australia spotted a very rare albino green sea turtle in February. The creature, which hatched on February 6 was seen wandering on the beach until it eventually headed into the sea. Sadly, the adorable turtle’s chances of survival are not high. A common green turtle only has a one in one thousand shot of surviving to maturity, and the albino’s shot is even worse as its light pigment makes it an easy target for predators.
8. Sparklewing
Researchers have been busy in central Africa lately. They have discovered 60 new species of dragonflies and damselflies throughout the continent, which is the most to be documented at one time in over a century. One particular type of Sparklewing discovered was called Umma Gumma after the 1969 album called Ummagumma, which is slang for making love. The poor soil of the continent, particularly the central part, is ideal for dragonflies, according to the team.
7. Roly Poly
Sometimes new species of organisms are found in the most unexpected places. A carnivorous plant called a giant sundew was recently discovered thanks to photographs posted on Facebook. And last year while on a field trip, students from Loyola Marymount University found a new type of isopod, or pillbug on a rocky beach less than a mile from the Port of Los Angeles. The new species was named after the teacher of the class.
6. Giant Tortoise
For years people assumed that the two groups of tortoises found on the Galapagos Island of Santa Cruz were from the same species. They only lived 6 miles apart from each other, after all. Genetic tests performed last year, however, showed researchers the two species were very different and evolved millions of years apart from each other. The discovery enables scientists to provide better help to the tortoises, whose population has dropped to historic lows in recent years.
5. Tiny Salamander
Scientists found a new species of salamander in Mexico in November of this year. The new minuscule species has a large tongue and much bigger reproductive organs than similar salamanders. While the discovery is exciting for experts in the field, there is also a flip side. The species, along with almost one-third of all accounted amphibians, are in danger of going extinct. Biologists explain that the creatures are likely to be gone by the end of the century.
4. Peacock Spiders
Since 2006 seven new species of these uncommon spiders have been discovered. The spiders are only a few millimeters long, but what they lack in size they make up for in awesomeness. The spiders are remarkably colorful, an aspect which forms an essential part of the creatures mating rituals much like peacocks. They also don’t act like common spiders. Instead, they perceive and react to their environment, much like a dog would. Australian biologist and peacock spider enthusiast Jurgen Otto has gained a large following online thanks to his footage of the arachnids.
3. Pink Elephant
You may have thought that pink elephants only exist in cartoons and hallucinations. This thought process may make it surprising to learn that pink elephants can be found in nature, though seeing one is exceedingly rare. Earlier this year a tourist visiting Kruger National Park in South Africa spotted a pink African elephant drinking from a river with its herd. Those in the know believe the elephant to be an albino. Like most other albino animals in the wild, this creatures albinism will significantly decrease its chances of survival.
2. Horse Bat
Many websites and blogs feature this picture, where the creature is called a horse bat. Apparently, a Nigerian person found this mystery creature in his friends fish pond. Certainly, this is an odd looking bat who has an enormous face that resembles a horse’s. So just what is this bizarre looking oddity? No, this is not some genetically engineered creature that belongs in an episode of South Park. This strange being is a hammer-headed bat, a megabat found throughout Africa.
1. White Bear
Wildlife workers in British Columbia recently spotted a bear cub that has since left scientists confused and bewildered. The young black bear is unusual for one very apparent reason; its fur is completely white. Biologists have two possible explanations for the oddity. One is that the bear is a Spirit bear, a light-furred subspecies of the black bear. Another is that the bear is an albino.
Parler Facebook Twitter

Erick Aguilar Endorsed by Veterans for America First
The Floridian