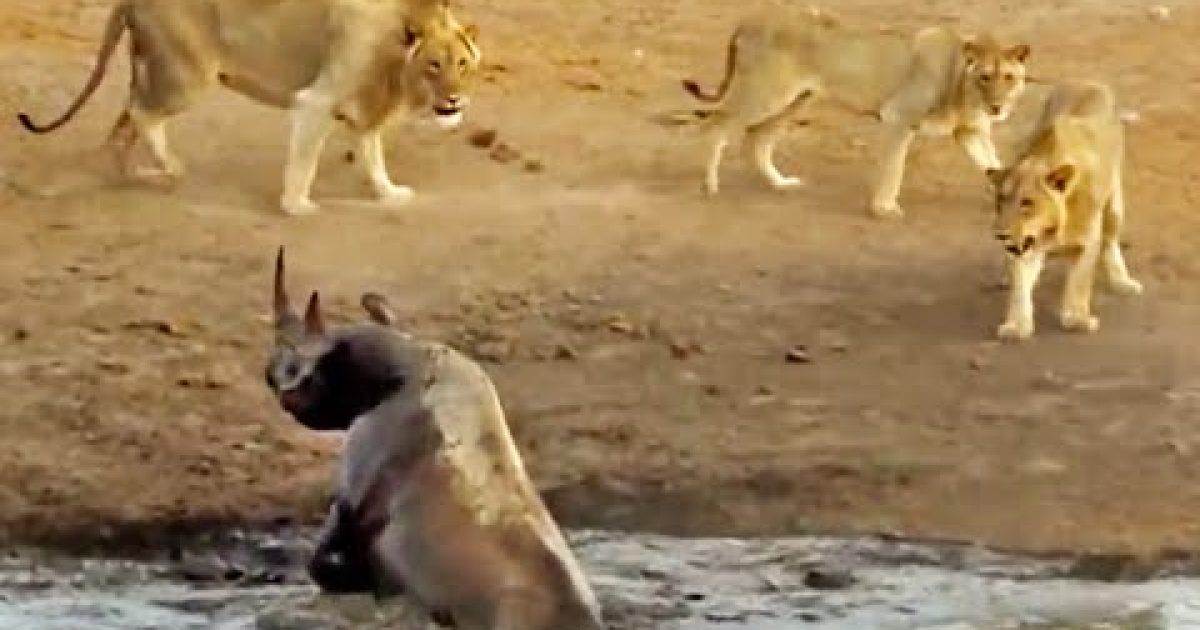 This life and death drama was filmed at Kruger National Park in South Africa. In it, you will see a young black rhino struggling to get out of the mud at a water hole and you’ll also see, that his struggle was also being witnessed by 3 young male lions. Doubtless, the lions thought that the rhino would be a somewhat easy target for a meal.

And from what we can see early on in the video, it looked like the lions would succeed. If the lions had been fully grown , that might have been the end for the rhino. Even though the rhino was not fully grown himself, by all appearances, it didn’t look like he would survive the ordeal.

But don’t count him out quite yet, watch the whole video, this time there was a ‘happy ending” (for the rhino at least), and the lions, well, they lost a meal.

This bit of information comes from krugerpark.co :

These mammals are easily recognised by their prehistoric features and the horns on their forehead. Rhinos are bold and have been seen to graze right next to Lions, with the Lions being equally un-fazed. Poachers are greatly responsible for the decreasing Rhino population.

In the Kruger National Park White Rhino (Ceratotherium simum) occur mostly in woodlands between the Sabie and Crocodile Rivers, and less around Shingwedzi and Letaba. The Black Rhino (Diceros bircornis) is found around thorny thickets and dense bush in southern Kruger between Skukuza and Pretoriuskop and also south of Lower Sabie near Crocodile Bridge.

During the heat of the day Rhinos will rest up in shade or find a mud wallow. The mud not only cools them down but protects the skin against parasites and the sun. Rhinos tend to move around more during the night when it is cooler and more bearable. They will also drink water whenever available.

What are the differences between black and white rhinos?