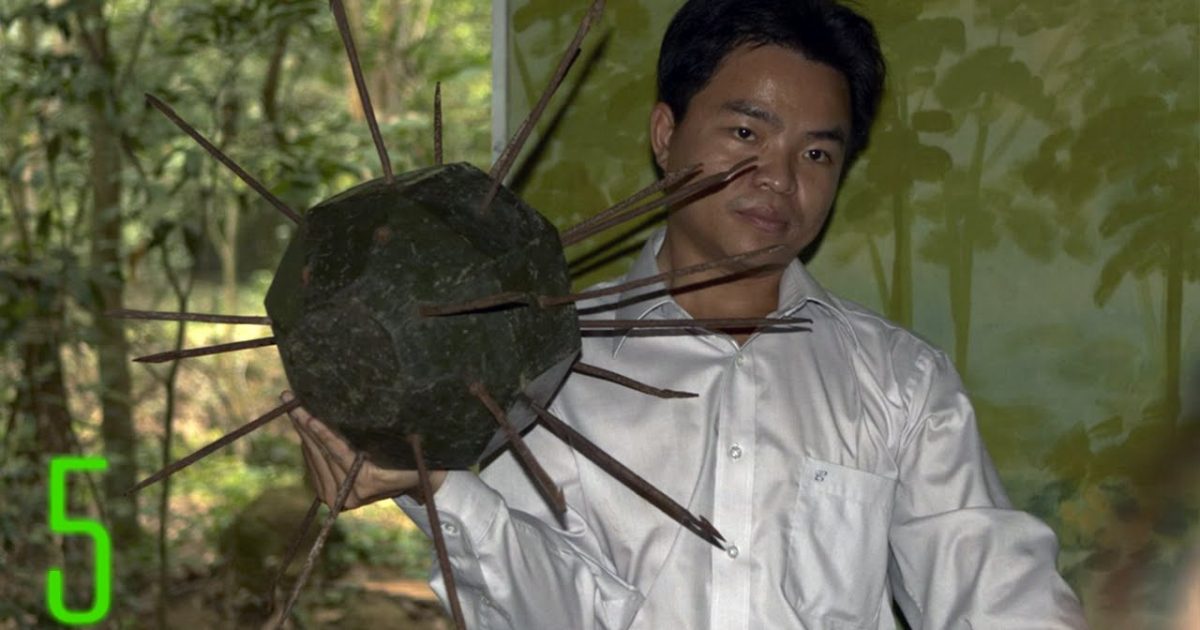 During the 18th and 19th centuries, wars were fought with certain “rules”. What that meant, is the opposing sides fought in a certain matter that mirrored each other. During the American revolutionary war and up to the Civil war, armies fought in a certain way that was considered to be “good form’. But as time has progressed and weapon technology evolved, the ‘civilized’ method of waging war became more deadly and savage.

It came as no surprise that the utilization of IED’s (Improvised Explosive Devices) in the Middle East theatre of war, in Iraq and Afghanistan, threw up similar problems faced by the foot soldier in Southeast Asia during the Vietnam War.

The only difference was, that one fighting force was primarily using boots for transportation and the other was using vehicles. The end result is the same: injure or kill using an explosive device without directly engaging the enemy.

Every foot soldier in Vietnam can relive stories of some experience with a booby trap, whether it was witnessed, or from personal experience. For U.S. forces, it was not a deployed tactic we used outside of using cluster bombs, and they too, could be turned into fratricide, a term used to define unexploded submunitions.

The VC became masters at creating traps using the surroundings they lived in. Bamboo was a product of choice for them. It was easy to handle, readily available,  strong and durable in the climate of Southeast Asia.

The video below shows some of the high and lo-tech booby traps used by the NVA (North Vietnamese Army) and the VC (Vietcong) during the Vietnam war. As time progressed during that conflict, enemy forces became more and more adept and creative (and sadistic) with the booby traps they used.