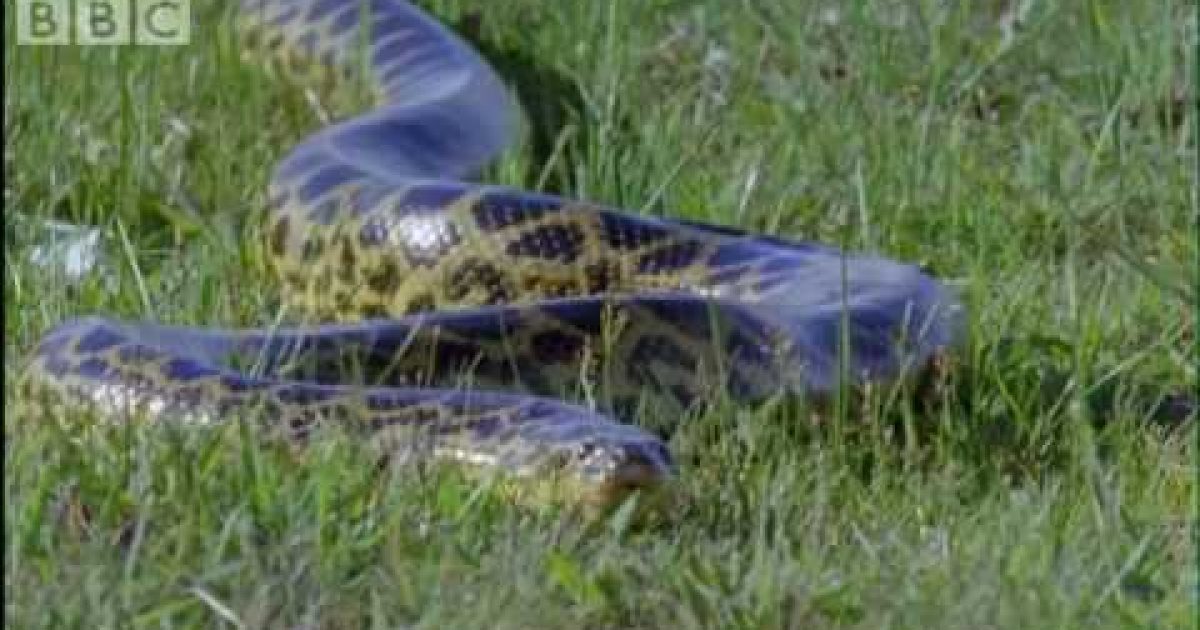 The video below is a special treat, watching an anaconda giving birth is not something you see very often and so, I thought this video was quite fascinating. Anacondas are four species of aquatic boa inhabiting the swamps and rivers of the dense forests of tropical South America.

The Yellow Anaconda can be found as far south as Argentina. It is unclear how the name originated so far from the snakes native habitat. It is likely due to its vague similarity to the large Asian pythons.

Local names for the Anaconda in South America include the Spanish term ‘matatoro’, meaning ‘bull killer’, and the Native American terms ‘sucuri’ and ‘yakumama’. Anacondas as members of the boa family are sometimes called ‘water boas’. The Latin name for Anaconda is ‘Eunectes’ meaning ‘good swimmer’.

The Yellow Anaconda (Eunectes notaeus), is native to South America in countries such as Bolivia, Paraguay, Uruguay, western Brazil and northeast Argentina. The Yellow Anaconda is smaller than the more well known Green Anaconda and reaches an average adult length of about 3 metres (9.8 feet).
Yellow Anacondas have a yellow/brown base colour with black blotches and rosettes. Yellow Anacondas live in mostly aquatic habitats including swamps, marshes and brush covered banks of slow moving rivers and streams.
Just about every species of snake on earth has teeth, but the Anacondas teeth are not used for chewing. Most snakes teeth are used for holding onto their prey, preventing them from escaping. Some snakes have venom in two specially designed, extra long teeth which they use to kill their prey.
Anacondas have teeth, however, they are not a venomous snake. They rely on their enormous size and power to subdue their victims. It is possible to be bitten by an Anaconda, but the bite itself would not be fatal.
Facebook Twitter