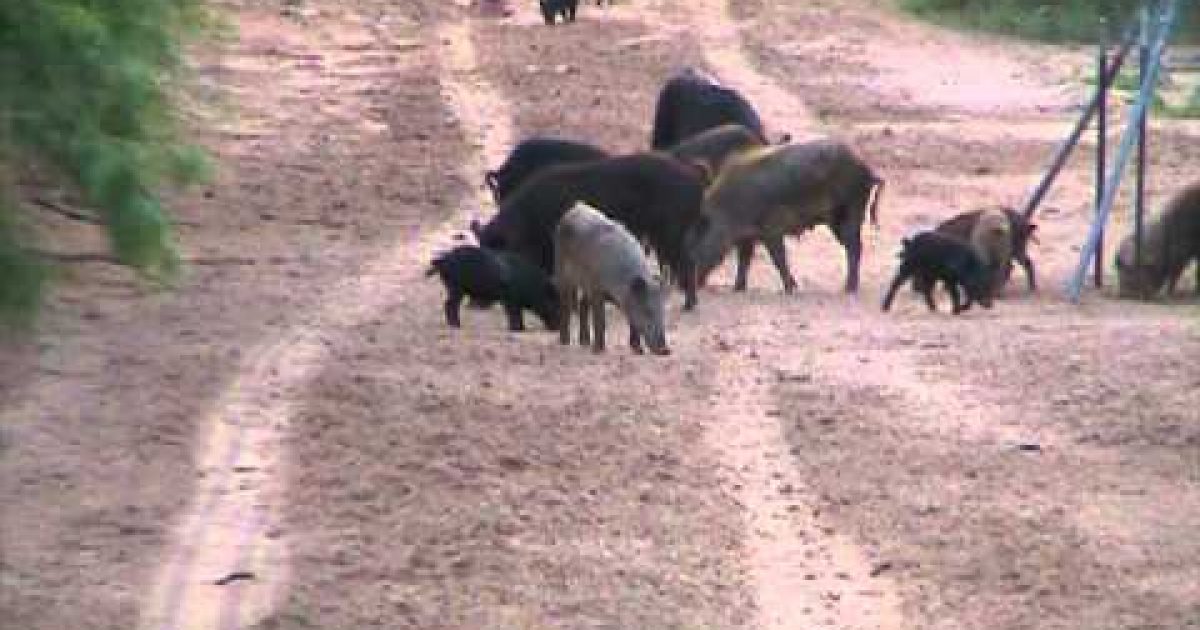 Facebook Twitter
Early Spanish explorers probably were the first to introduce hogs in Texas over 300 years ago. As colonization increased, hog numbers subsequently increased. They provided an important source of cured meat and lard for settlers.
During the fight for Texas independence as people fled for safety into the United States or Mexico, many hogs escaped or were released. It was not until the mid 1800s when hostilities between the United States and Mexico ended that settlers once again began bringing livestock back into Texas. The livestock included hogs that ranged freely. Many escaped, contributing to the feral population.
Landowners or their agents are allowed to kill feral hogs on their property without a hunting license if feral hogs are causing damage. However, any landowner that plans to trap or snare hogs should have a valid Texas hunting license, since these activities could affect other wildlife species.
Feral hogs originated from domestic sources and were first introduced into the U.S. by early explorers and settlers as a food source. Subsequent escapes from holding pens or intentional releases resulted in a free-ranging population currently estimated to be between 1.9 and 3.4 million in Texas alone.
Feral hogs are unprotected, exotic, non-game animals. Therefore, they may be taken by any means or methods at any time of year. There are no seasons or bag limits, however a hunting license and landowner permission are required to hunt them.
Facebook Twitter