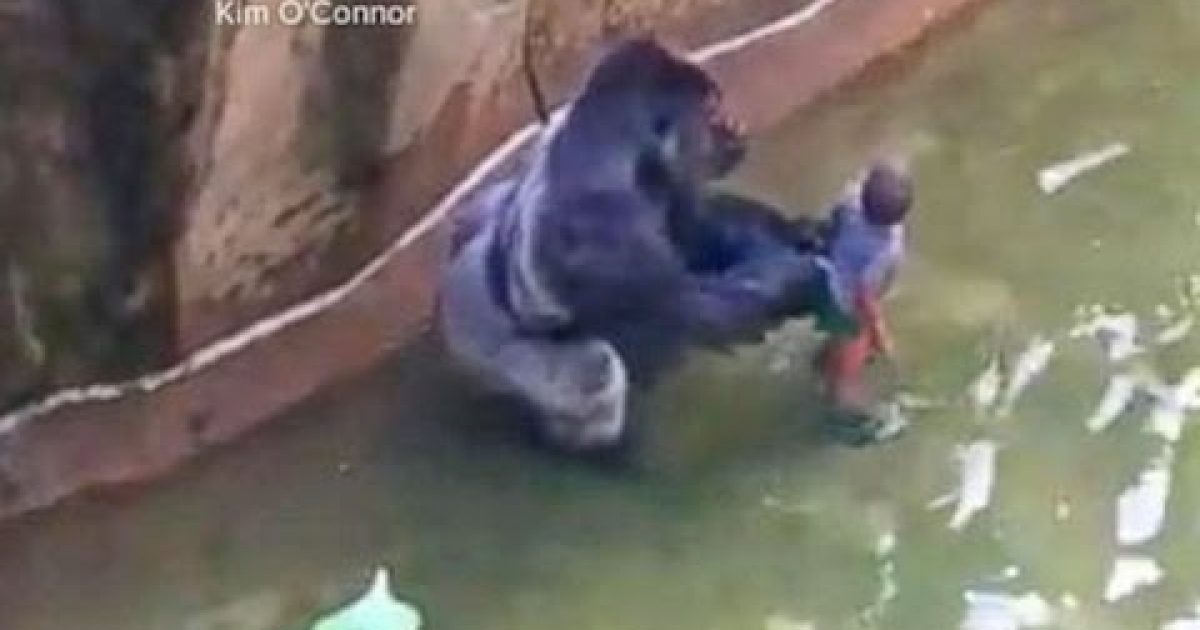 Even though this incident occurred back in May of 2016, after watching the video and reading several articles about it, I thought I add my two cents.  First-off, the barrier wasn’t very tall, the little boy in question (between 3 and 4 years old), climbed over the barrier with no trouble, the barrier was only about 3 to, 3 1/2 feet tall.

So, in my opinion, the barrier should have been taller. Some say that the child’s mother was negligent, but anyone who’s ever had a child knows, that all it takes is a couple of seconds of being distracted and kids will literally do the darnedest (and sometimes dangerous) things.

They spend most of their day foraging for food and eating bamboo and leafy plants. Generally, gorillas are very shy and reserved towards people. They will attack only if they are surprised or threatened or if a person behaves in the wrong way. If the human makes an unexpected movement, the silverback male can react with horrific roaring and bluff charges.

Sadly, zoo officials had to make the decision to destroy the animal, because they feared for the life of the child. As you can clearly see, the primate was dragging the child very roughly around the moat and because the animal was obviously very agitated because of this, zoo personnel made the decision to put the animal down, instead of attempting to use a tranquilizer dart.

There are environmental groups who say that the wrong primate died (how kind eh?) and killing the gorilla was “murder”.  But at least for me, there was really no choice, the life of a small child was in danger and so, I believe the zoo made the right decision.

Let us know what you think in the comments section below.