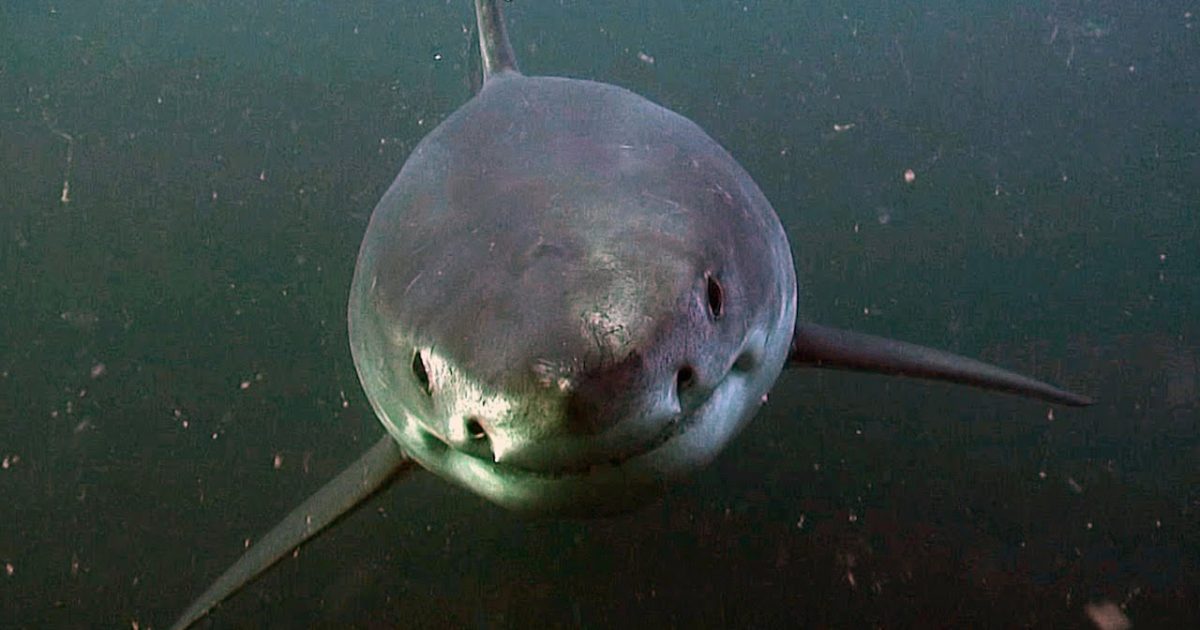 Ever waned to know what it looks like to be perused by a great white shark….well look no further. WITHOUT warning, a gaping mouth full of dagger-like teeth opens up before you.

The jaws bite down in a flash and the last thing you see are gums, gills and a watery stomach cavity. This is what it feels like to be ambushed and eaten by the world’s largest predatory fish. The amazing close-quarters footage of a great white shark attack was captured using a remote camera towed behind a small boat.

This 4m shark had been lurking nearby when it attacked the would-be seal without warning. Luckily the boat did not capsize and the only damage was to the tow cam’s glass fibre case. This is just one example of the diverse underwater life captured by Charles Maxwell, a 68-year-old cameraman and diver who lives in Cape Town, South Africa.

Before you go, buff up on your knowledge about these phenomenal fish, and prepare yourself to enjoy your shark cage diving tour in South Africa as much as possible.

From A-Z, these facts about South African great white sharks and shark cage diving will tell you all you want – and don’t want – to know about one of the greatest, and most unique and misunderstood, marine species on earth.

Ampullae of Lorenzini: There are minute pores positioned around the snout and eyes of a great white shark (and ray) that contain a gel sensitive to magnetic and electrical fields. These senses enable them to detect the electromagnetic field emitted by the movement of living animals. Recent research has shown that great white sharks are repelled by the presence of strong magnets based on the presence of this sixth sense.

Breaching: Great white sharks breach when hunting swift prey such as seals. By swimming close to the surface, they can reach speeds of up to 65 kilometers per hour and can propel themselves three meters into the air. To see a shark breach is a fairly rare occurrence and is generally only seen at particular times of the day and in certain conditions.