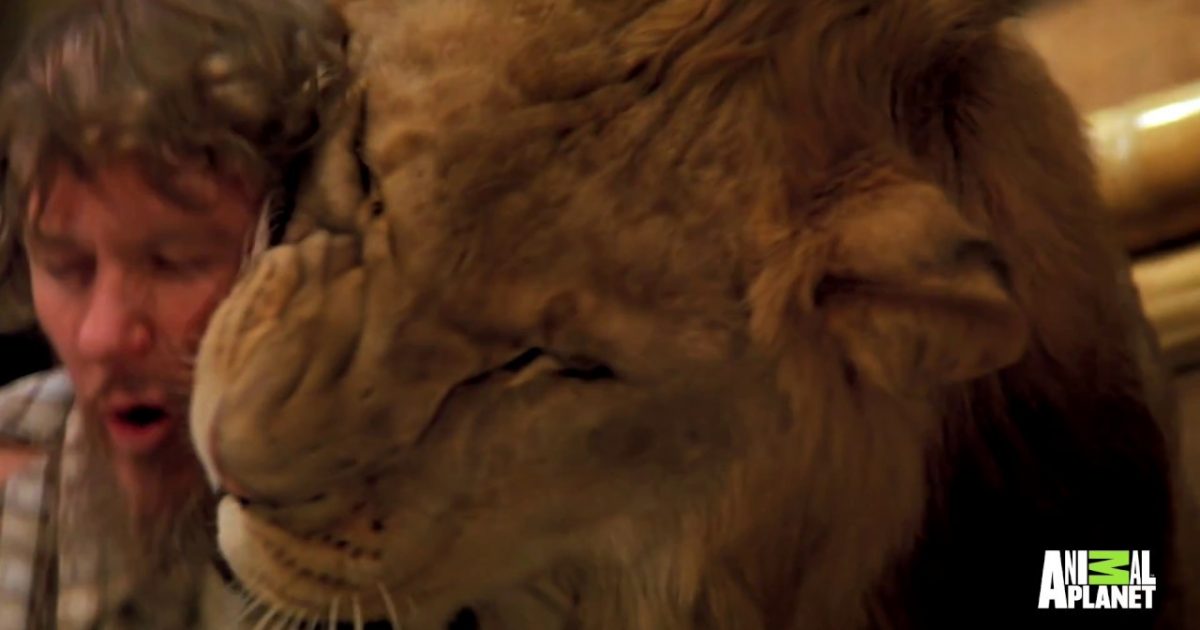 Facebook Twitter
I realize that film directors and producers are always trying to out-do one another, but this one is on top of the list for sheer stupidity, after watching the video below, I’m just amazed that no one was torn limb from limb.
Touted as the most dangerous movie ever made, Roar was the ill-fated brainchild of Alfred Hitchcock muse Tipi Hedren and her then-husband, Exorcist producer Noel Marshall.
Over 70 of the cast and crew were injured during the production of this film. Cinematographer Jan de Bont had his scalp lifted by a lion, resulting in 220 stitches. Tippi Hedren received a fractured leg and also had scalp wounds.
This occurred after an elephant bucked her off its back while she was riding it. She was also bitten in the neck by a lion and required 38 stitches. This incident can also be seen in the film.
Much of the footage capturing the injuries was included in the final cut of the film, resulting in real blood on screen. It has been considered the most dangerous film shoot in history.
I know that film makers get rather ‘carried away’ while on the set, but this took things to a whole new level and I’m just surprised that nobody got killed.
Facebook Twitter