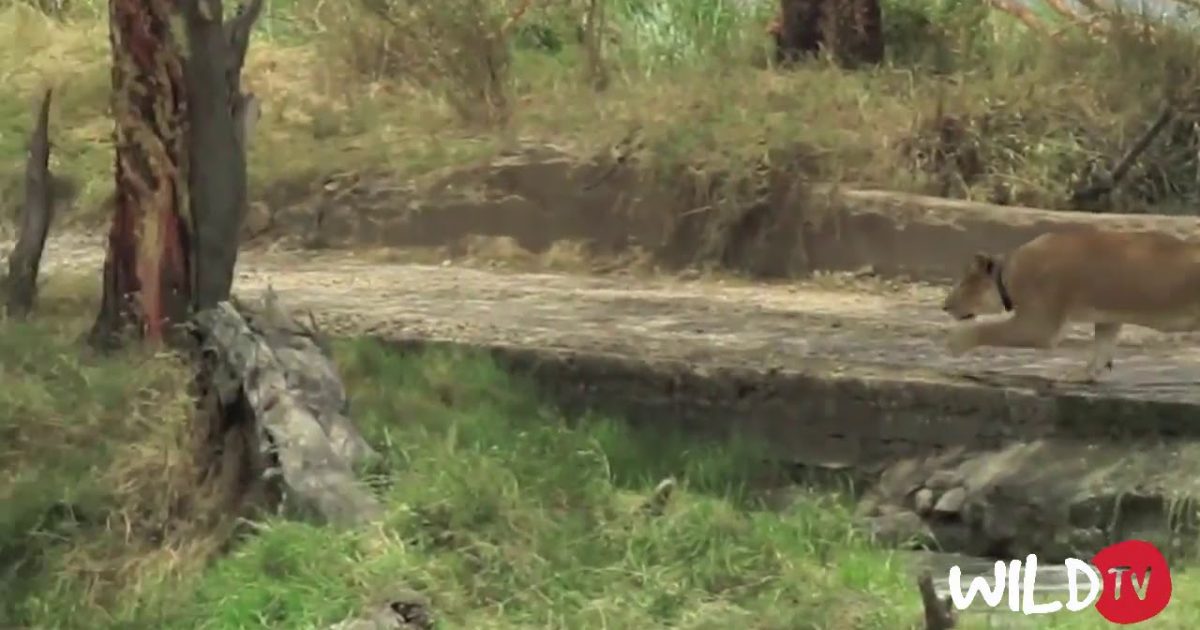 Now unless you live in a hole in the ground, you probably can figure out that in order to get a meal, lions have to bust their hump’s and hunt for their food. Most of these hunts aren’t successful, but when they are, it’s not a pretty sight.

In a successful hunt, the prey is knocked off balance, dragged down and then killed with a bite to the back of the neck or the throat. In some cases, a kill can be a bloody, drawn out procedure.

Buffalo have been known to fend off lion attacks for hours before succumbing to loss of blood and energy. The strongest male lion will eat first, followed by other members of the pride. Lionesses will feed themselves first, with cubs getting the scraps.

Lions are believed to feed every three or four days, and need on average between 5kg and 7kg of meat a day. But they can go without food for more than a week and then tear into prey, eating up to 50kg of meat at a time – that’s almost a quarter of the animal’s body weight.

Lions favor open woodlands and thick scrub, the type of landscape that allows them to get as close to their prey as possible without being seen. In Kruger, the best chance of lion sightings is where the big game herds are.

As a rule, they hunt mostly at night and rest during the day but are often active at dawn and dusk and on cooler days. During the day they rest in thorn thickets, often near water holes.