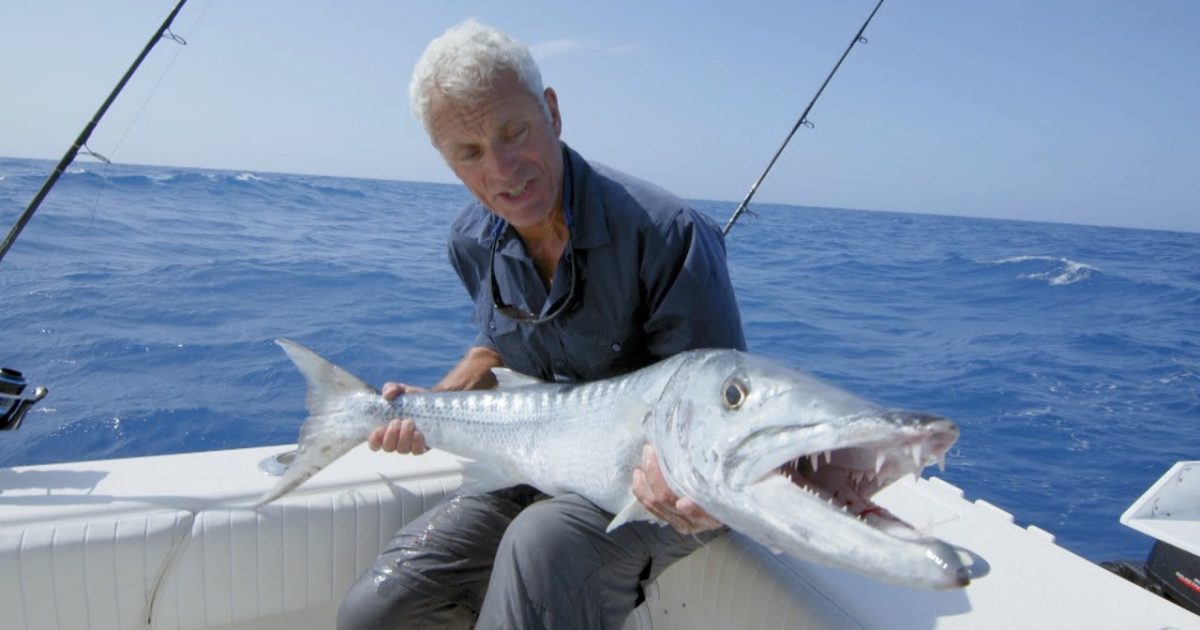 While living in Southern California back in the late 1980’s, my old boss decided to treat everyone to a deep sea fishing trip off the coast at Long Beach. This particular trip we were going for barracuda and as you might guess,

I came up empty handed, but alot of the other guys on the boat did rather well. Though the Atlantic (Great) Barracuda can sometimes be dangerous, the Pacific Barracuda is completely harmless in the water.

They’re not a threat because of their small size and habit of only striking what they can eat whole. However, some caution when handling a landed fish is in order, though. These fish are strong and have long rows of sharp teeth. Many an angler has needed some bandaging when carelessly grabbing a flopping fish on the deck.

Now, as you might have guessed, Jeremy has caught himself an Atlantic , or ‘Great Barracuda’. This long, tubular fish has a very pointed snout filled with two rows of teeth, and small fins set back towards its crescent caudal (tail) fin.

It is a shiny blue-gray above, fading to silver and white below, usually with dark spots on its lower sides, and sometimes with faint darker bars on its upper side.

This is a successful daytime ambush hunter that can burst in speeds up to 35 mph, and is a danger to humans because it will mistakenly attack shiny objects or fish caught on spears. It can grow to over 5 feet long and over 100 pounds.

The video isn’t very long, but it certainly is awesome.