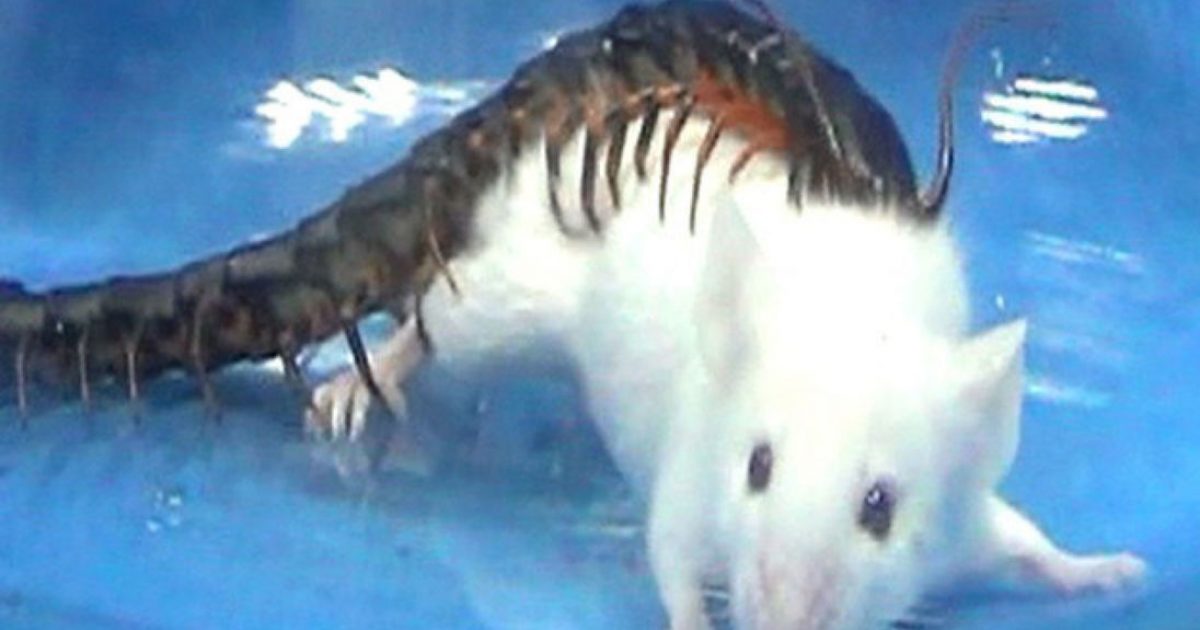 I usually don’t get creeped-out by bugs, but in this case, I’ll make an exception.  Now as a kid growing-up in Southern California, me and my friends would go out and catch all kinds of critters, but we never came across anything like this giant centipede

What is the difference between a Centipede and a Millipede? Not just the number of legs as the name might suggest. There are many differences between the two, the main one being that Millipedes are scavengers and feed primarily on decaying organic matter and also eat the roots and leaves of plants, however Centipedes are a predator.

Centipedes come equipped with modified front legs, which are loaded with a deadly venom that they can use to hunt and kill small creatures, most common centipedes (like the ones you might find in your garden) use this venom to hunt small insects and arachnids.

However, there is a type of centipede in South America called Scolopendra gigantea or as it is more commonly known; the Amazonian Giant Centipede, which is the largest of all centipedes, known to grow to up to 35cm long (the length of a man’s arm!).

These terrifying creatures are known to thrive in dark caves and feast on lizards, frogs, mice, snakes and even birds and bat.