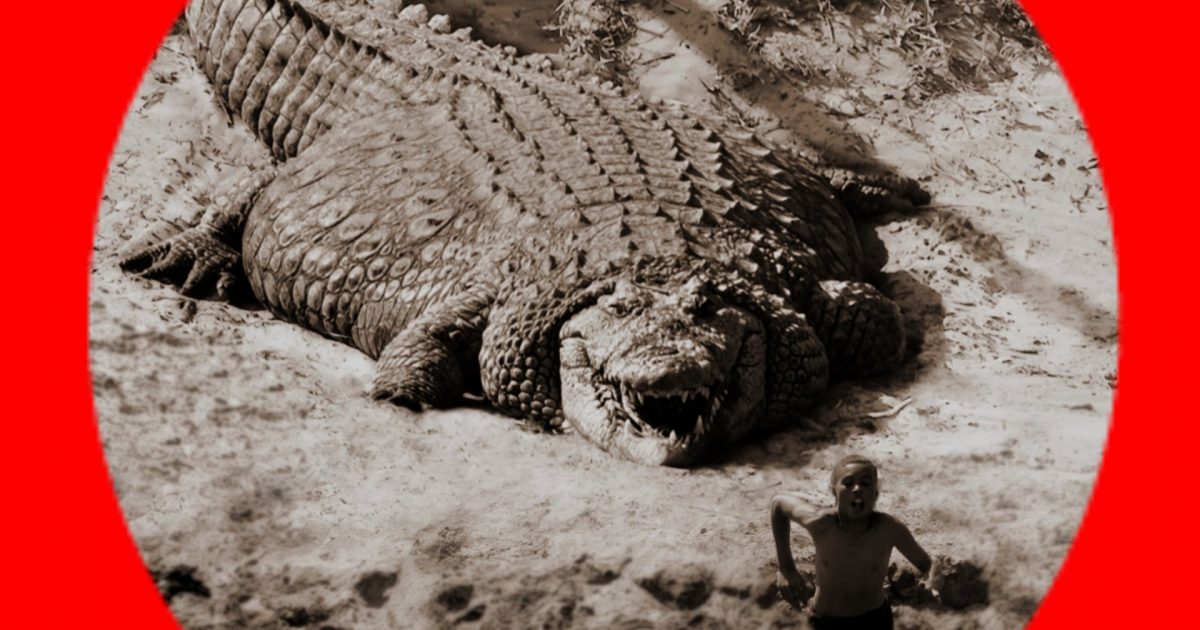 I chose this video for several reasons, the main one was that crocodiles are among the largest reptiles on earth and they are the largest species that are closely related to living dinosaurs. Crocodiles are built to last. Evolving around 200 million years in the Mesozoic epo­ch, crocodiles have far outlived the dinosaurs. Scattered across more than 90 countries, 23 species of the Crocodylia order haunt freshwater rivers, streams and marshes. Those 23 crocodilian separate into three families: alligatoridae (alligators and caimans), crocodylidae (crocodiles) and gavialidae (gharials).

But if crocodiles and dinosaurs were living in the same time period, how closely were they related? For starters, dinosaurs and crocodiles are both reptiles. They share cold-blooded circulations that rely on the environment to heat and cool. Physical similarities, such as their rubbery skin and fierce teeth and claws are also apparent. But if you’ve read How Dinosaurs Work, you know that many scientists agree that birds, not crocodiles, descended from dinosaurs. Yet, we also know that bir­ds and crocodiles are the only extant species that share a common ancestor with dinosaurs.

The video below attempts to be the definitive collection of the very biggest crocodiles (Nile & Salt-water) ever caught on camera (including Lolong, Gustave, Cassius and the extraordinary Australian salt-water (estuarine) giant crocodile, Krys, the biggest of all time!).

Name: Gustave.
Location: Burundi.
Size: Exact size is unknown (exaggerated reports have him as large as 25 feet. Experts estimate Gustave to be about 17ft long (5.2m)).
Arguably the world’s most infamous and deadly Nile crocodile, Gustave has for decades terrorized the waters of Lake Tanganyika.
No. 9
Name: Unnamed.
Location: Uganda.
Size: “conflicting reports” once again, with some news sources claiming 24ft (7.5m)! Realistic expert analysis suggests at least 17ft (5.2m) long.
Captured on the shores of Lake Victoria, this mighty predator has allegedly eaten multiple inhabitants of a nearby village. Thought to be at least 80 years of age, he now resides at Murchison Falls National Park.
No. 8
Name: Unnamed.
Location: Zimbabwe.
Size: 17ft 6in (5.33m). (Estimate only, as challenging circumstances did not allow for a precise measurement.)
This beastly creature was shot in the extreme north of Zimbabwe near the border with Mozambique.
No. 7
Name: Unnamed.
Location: Republic of Congo.
Size: Estimated 17ft 8in (5.4m).
This monster croc has been at the center of a number of hoaxes (including an alleged sighting after hurricane Katrina). Fact is this aggressive Nile specimen was killed in a safety operation near Pointe Noire in 2003.
No. 6
Name: Cassius.
Location: Australia.
Size: 17ft 11in (5.48m).
This Australian saltwater giant is currently the largest crocodile held in captivity. He lives at Marineland Melanesia (Far North Queensland), and is believed to be around 110 years old.
No. 5
Name: Brutus.
Location: Australia.
Size: 18ft 4in (5.6m).
This massive 3 limbed saltwater crocodile is known to frequent the Adelaide River (he is believed to have lost his right arm in an altercation with a bull shark).
No. 4
Name: Lolong.
Location: Philippines.
Size: 20ft 3in (6.17m).
This remarkable creature – named in honor of a veteran Filipino crocodile hunter – is believed to be the largest crocodile ever held in prolonged captivity. Sadly, Lolong died of pneumonia and cardiac arrest on February 10, 2013.
No. 3
Name: Unnamed.
Location: Unconfirmed.
Size: Estimated to be at least 22ft (6.7m) long.
Whilst a degree of conjecture and doubt surrounds the veracity of this giant specimen, we’ve chosen to include it… for obvious reasons. It’s a whopper!
No. 2
Name: Unknown.
Location: Australia.
Size: Estimated at 25ft (7.6m).
This mega-croc was reportedly captured and killed on the Roper River, Northern Territory, Australia, in 1914.
No.1
Name: Krys the Savannah King (the largest crocodile in the world ever!).
Location: Australia.
Size: 28ft 4in (8.63 meters).

(Unfortunately, all photographic evidence of this colossal croc was lost in the Queensland floods of 1974.)